Randolph Scott Net Worth: Randolph Scott was an American actor who had a net worth of $100 million at the time of his death. Randolph was a shrewd investor who eventually amassed an enviable portfolio that included interests in real estate, oil, gas and stocks. Randolph Scott was born in Orange County, Virginia in January 1898 and passed away in March 1987. Scott's acting career spanned from 1928 to 1962. He was best known as a Western hero but also starred in social dramas, comedies, crime dramas, musicals, war films, adventure, horror, and fantasy films. Scott had over 100 acting credits to his name. His debut film role came in 1928 in Three Naval Rascals. Scott was listed in the annual Motion Picture Herald Top Ten Polls where he finished in the top 10 from 1950 to 1952. He also appeared in the Quigley's Top Ten Money Makers Poll from 1950 to 1953. He was part of the United States Army during World War I and served in France. Some of the films he starred in included Hot Saturday, The Thundering Herd, Supernatural, Sunset Pass, Cocktail Hour, Broken Dreams, The Last Round-Up, Wagon Wheels, Home on the Range, The Last of the Mohicans, Go West Young Man, The Texans, Jesse James, Frontier Marshal, Western Union, Paris Calling, To the Shores of Tripoli, The Desperadoes, Badman's Territory, The Assassin, Silver City, The Man from Nevada, Fort Worth, The Bounty Hunter, Westbound, and Comanche Station. Scott retired from acting after his last film Ride the High Country in 1962. He won a Golden Boot In Memoriam Award in 1997. Scott was awarded a Star on the Motion Picture Walk of Fame at 6243 Hollywood Blvd. in 1960. Randolph Scott passed away on March 2, 1987 at 89 years old. 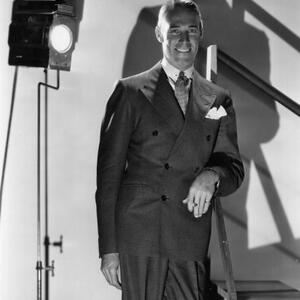