Randhir Kapoor net worth: Randhir Kapoor is an Indian actor, director, and producer who has a net worth of $30 million. He is a two-time Filmfare Award nominee.

Randhir Kapoor was born in Chembur Bombay, India in February 1947. He is best known for his work in Bollywood. As an actor he has starred in the movies Desi Magic, Super Nani, Housefull, Housefull 2, Mother, and many more films. Kapoor has produced the movies Aa Ab Laut Chalen, PremGranth, Henna, and Ram Teri Ganga Maili. He won a Filmfare Award in 1986 for Best Film for Ram Teri Ganga Maili and another in 1998 for Felicitation on 50 Years of the RK Banner. Randhir married actress Babita in 1971 and had two daughters Karisma Kapoor and Kareena Kapoor who are both Indian film actresses. His brother was actor Rishi Kapoor. Their father Raj Kapoor was a beloved Indian actor and director. 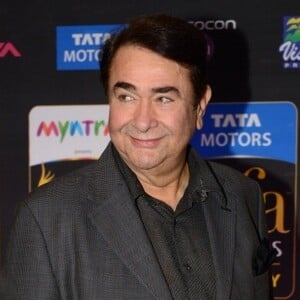