Rance Howard was born in Duncan, Oklahoma in November 1928. His son is actor, producer, and director Ron Howard and his granddaughter is actress Bryce Dallas Howard. Rance Howard has more than 275 acting credits to his name. From 1967 to 1969 he starred as Henry Boomhauer on the television series Gentle Ben.  Howard also starred in several films with many of them were directed by his son Ron Howard. His film credits include Cool Hand Luke, Chinatown, Grand Theft Auto, Splash, Cocoon, Gung Ho, The 'Burbs, Parenthood, Far and Away, Universal Soldier, Ed Wood, Little Giants, Apollo 13, Independence Day, Mars Attacks!, Sgt. Bilko, Psycho, How the Grinch Stole Christmas, A Beautiful Mind, Joe Dirt, Rat Race, The Alamo, Cinderella Man, Walk Hard: The Dewey Cox Story, Drillbit Taylor, Frost/Nixon, The Lone Ranger, and more. Howard was nominated for a Primetime Emmy Award in 1982 for Through the Magic Pyramid. 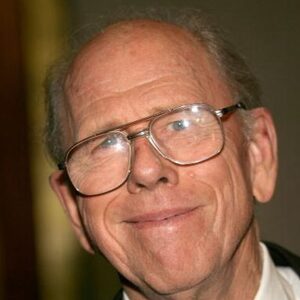