RaMona Rizzo net worth: RaMona Rizzo is an American reality television star who has a net worth of $600 thousand dollars. RaMona Rizzo joined the cast of "Mob Wives" at the beginning of Season 2. She is a close personal friend of cast member Karen Gravano. RaMona and Karen attended the same church and played together as children.

They consider themselves cousins. Raised on Staten Island, RaMona's family chose to keep their mob connections a secret, and she did not intend to go into the mob life. However, she ended up marrying a man from the Middle East, who also had mob connections, and subsequently moved to Jordan with him. When she became disenchanted with their way of life, she attempted to divorce him, but was forced to stay in Jordan. Eventually, she and their four children were able to separate themselves and return to the United States. Unfortunately, they returned penniless, and RaMona is now working to build a new life in Staten Island. RaMona Rizzo's grandfather is infamous gangster Benjamin "Lefty" Ruggiero. Al Pacino portrayed Ruggeiro in the 1997 movie Donnie Brasco. 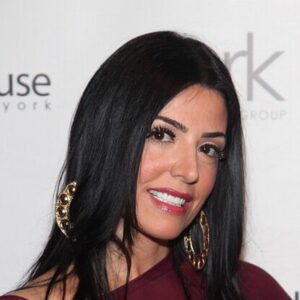