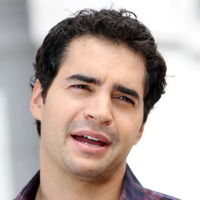 Ramon Rodriguez Net Worth: Ramon Rodriguez is a Puerto Rican actor who has a net worth of $3 million. Ramon Rodriguez was born in Rio Piedras, Puerto Rico in September 1979. His television debut came in the recurring role of Kevin Vasquez in the series Rescue Me in 2005. From 2006 to 2007 Rodriguez starred as Damien Ortiz in the television series Day Break. From 2006 to 2008 he starred as Renaldo in the TV series The Wire. In 2011 Ramon starred as John Bosley in the series Charlie's Angels. In 2014 he starred as Ryan Lopez in the TV series Gang Related. Rodriguez has also starred in the movies Ira & Abby, Bella, Surfer, Dude, Pride and Glory, The Taking of Pelham 1 2 3, Transformers: Revenge of the Fallen, Harlem Hostel, Battle Los Angeles, and Need for Speed. He is also a professional dancer and writer who has written for Newsweek and Bound magazines. Ramon was nominated for an ALMA Award in 2009 for Actor in Film for Transformers: Revenge of the Fallen.