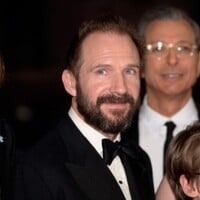 What is Ralph Fiennes' net worth?

Ralph Fiennes is an English actor who has a net worth of $50 million dollars. He is perhaps most famous for playing infamous villains like the evil Nazi Amon Goth in Schindler's List and Voldemort in the Harry Potter films. Fiennes' other including the aforementioned Schindler's List, Quiz Show, and The English Patient.

Ralph Fiennes was born on December 22, 1962 in Ipswich, United Kingdom, the eldest of six children of Mark Fiennes and Jennifer Lash. His siblings include actor Joseph Fiennes, director Martha Fiennes, composer Magnus Fiennes, composer Sophie Fiennes, and conservationist Jacob Fiennes. The family moved to Ireland when Ralph was 12 years old and they lived in West Cork and County Kilkenny for several years. Fiennes finished his schooling at Bishop Wordsworth School after the family moved back to England. Fiennes went on to pursue a painting career and studied at Chelsea College of Art before he decided that he was more passionate about acting. He then trained at the Royal Academy of Dramatic Art from 1983-1985.

His career in acting began on the stage, earning fame as part of the Royal Shakespeare Company, going on to make his screen debut in a movie version of "Wuthering Heights" in 1992 opposite Juliette Binoche. In 1993, Fiennes experienced a breakout when he landed a major role in Peter Greenaway's film "The Baby of Macon" with Julia Ormond. The film provoked controversy but gained him attention anyway. Later that year, he became an international star when he portrayed Amon Goth in Steven Speilberg's "Schindler's List." For his performance, Fiennes earned an Oscar nomination for Best Supporting Actor. While he didn't win that award, he did win the Best Support Actor BAFTA Award for his. His portrayal of Goth listed him at No. 15 on AFI's list of top 50 film villains. In 1994, he appeared in "Quiz Show." In 1996, Fiennes was nominated for the Academy Award for Best Actor for the epic World War II romance "The English Patient," in which he starred opposite Kristin Scott-Thomas.

He hasn't just limited himself to appearing in ultra-serious films like those, however – he can also be seen in the romantic comedy "Maid in Manhattan" and the gangster comedy "In Bruges." In 1999, Fiennes helped produce and acted in "Onegin," which his sister Martha Fiennes directed and his brother Magnus composed. Fiennes appeared in 2002's "Red Dragon", for which he received significant critical praise. In 2005, Fiennes starred alongside Rachel Weisz in "The Constant Gardener." He received much critical acclaim for his role and a British Academy Film Award nod for Best Actor in a Leading Role. Up next, Fiennes gained worldwide fame for his portrayal of Lord Voldemort in the "Harry Potter" film series, with his first appearance in 2005's "Harry Potter and the Goblet of Fire." He reprised his role in three other films in the series, "Harry Potter and the Order of the Phoenix" in 2005, and parts one and two of "Harry Potter and the Deathly Hallows" in 2010 and 2011.

The stage has never been far from Fiennes in this time, despite his big screen fame. He earned a Tony Award in 2006 for his performance in "The Faith Healer." His next big movie, 2010's "Clash of the Titans," had him reuniting with his Schindler's List co-star Liam Neeson, playing Hades facing off against Neeson's Zeus. 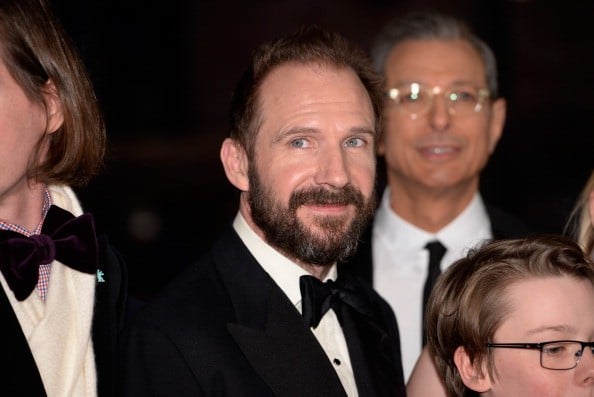 In 2012, Fiennes starred in the 23rd James Bond film, "Skyfall," directed by Sam Mendes. In "Skyfall," Fiennes replaced Dame Judi Dench as M in subsequent Bond films. In 2013, Fiennes was both the leading actor and director in "The Invisible Woman." 2014 saw a return to comedy for him when he made an appearance in "The Grand Budapest Hotel." For his performance, Fiennes was nominated for both a BAFTA and a Golden Globe for Best Actor. In 2015, he starred in "A Bigger Splash" with Dakota Johnson and Tilda Swinton. In 2016, Fiennes was in the Coen brothers ensemble film "Hail, Caesar!" which was set in 1950's Hollywood. In 2017, Fiennes voiced Alfred Pennyworth in "The Lego Batman Movie" and reprised his role in 2019's "The Lego Movie 2: The Second Part."

In 2020, Fiennes voiced the character of a tiger in the family adventure film "Dolittle" starring Robert Doeny Jr. In 2021, Fiennes was in the British drama film "The Dig" alongside Lily James and Carey Mulligan. The film received positive critical acclaim and reviews with his performance in particular being praised. Fiennes is set to star in "The King's Men" and the latest installment of the James Bond film "No Time to Die."

With his gift for screen acting, it's a wise bet that Fiennes will be an enduring presence in film and on the stage for years to come.

Fiennes married English actress Alex Kingston in 1993, after they had dated for ten years. The couple divorced in 1997 following Fiennes' affair with his co-star in Hamlet Francesca Annis. Fiennes and Annis were together for eleven years before their split in February 2006, following rumors that Fiennes had had an affair with Romanian singer Cornelia Crisan.

Fiennes has done work in India, Uganda, Romania, and Kyrgyzstan as an ambassador for UNICEF UK. He's also a member of the Canadian charity Artists Against Racism. Fiennes was granted Serbian citizenship in September 2017 by Serbian Prime Minister Ana Brnabic for his work in the country. Fiennes opposed the UK leaving the European Union during the Brexit election. Fiennes speaks Russian, which enabled him to easily play Alexander Pushkin in "The White Crow."