Ralf Moller net worth: Ralf Moller (sometimes spelled Moeller) is a German-American actor and former competitive bodybuilder who has a net worth of $8 million. Ralf Moeller was born in Recklinghausen, Germany in January 1959. He began body building at the age of 17. He competed in Mr. Olympia in 1988 before retiring to focus on acting.

Moeller as the self-titled character in the television series Conan from 1997 to 1998. He starred in the movies Cyborg, Universal Soldier, Best of the Best 2, The Viking Sagas, Batman & Robin, The Bad Pack, Gladiator, The Scorpion King, Beerfest, Pathfinder, Far Cry, Tales of the Ancient Empire, The Tourist, and Sabotage among others. Moeller also collaborated with the trance and techno group E Nomine. Perhaps not surprisingly, Ralf is good friends with fellow body builder Arnold Schwarzenegger. They are frequently photographed together at sporting events around the world. 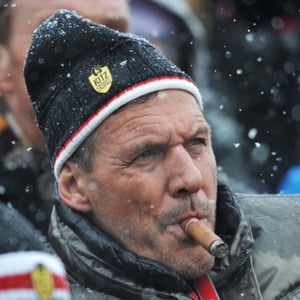