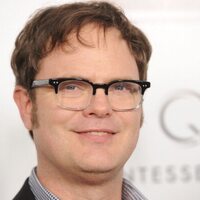 What is Rainn Wilson's Net Worth and Salary?

Rainn Wilson is an American actor, comedian and director who has a net worth of $14 million dollars. Rainn Wilson is most widely recognized for his work on the American version of The Office, but he has also appeared in such films and television shows as Almost Famous, "Galaxy Quest, The Rocker, Six Feet Under, CSI, and Entourage.

Rainn was born Rainn Dietrich Wilson on January 20, 1966, in Seattle, Washington. His mother was actress and yoga instructor Shay Cooper, and his father was Robert G. Wilson, and artist and novelist best known for the science-fiction novel Tentacles of Dawn. Wilson spent a couple of years of his childhood in Nicaragua, but then he moved back to Washington where he attended middle and high school. But before graduating his family moved to Illinois, where young Rainn graduated from New Trier High School. He eventually enrolled at the University of Washington in Seattle, majoring in drama, getting his bachelor's degree in 1986. Then he enrolled at  New York University's Graduate Acting Program at the Tisch School of the Arts, getting an MFA in acting and joining up with The Acting Company. For the next several years before his big break into movies and TV, Wilson acted onstage in various productions throughout the country.

Wilson's first onscreen role came in 1997, when he appeared in an episode of the popular soap opera One Life to Live. Two years later he snagged a supporting role on the television series The Expendables (not to be confused with the Sylvester Stallone action franchise by that name). That same year he made his feature film debut in the scifi comedy Galaxy Quest, and a role in Cameron Crowe's autobiographical Almost Famous followed in 2000. Then, in 2002, he got his first leading role as one of several leads in Rob Zombie's debut horror film House of 1000 Corpses. In 2003 he got a role on the series Six Feet Under, and racked up roles on Law and Order: SVU, CSI, Monk, Tim and Eric Awesome Show, Reno 911, and more. In 2005 he was seen in the action-adventure film Sahara, but it was on a television show that same year that he would reach new heights of success in his most famous role.

Wilson appeared on The Office from 2005-2013 as the character Dwight Schrute, the obnoxious sales rep with a superiority complex second only to his boss Michael Scott (played by Steve Carell). On The Office, Rainn won over audiences with the help of his excellent comedic skills and his unique bespectacled look. Once his career was propelled to the next level, Wilson went on to showcase his wide range of goofy expressions in big screen films as well, mainly in comedies like My Super Ex-Girlfriend in 2006 and Juno in 2007, as well as in sci-fi features like 2007's The Last Mimzy and Transformers: Revenge of the Fallen in 2009. Furthermore, he is a voice over animator who lent his voice in such animated films as Monster vs. Aliens.

In 2007, Wilson became the second Office cast member to host Saturday Night Live, after his onscreen boss Steve Carell. He also reprised his famous character in a voice cameo on the animated comedy Family Guy in 2010. In 2013 he made an appearance on the television version of Comedy Bang! Bang!, as well as the Arcade Fire NBC TV special Here Comes The Night Time. 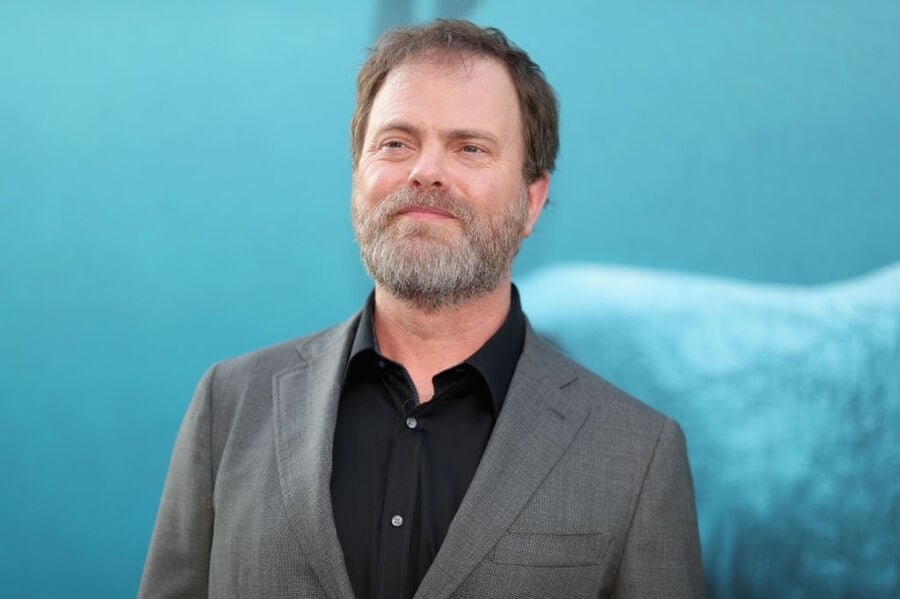 Since The Office ended, Wilson, has worked in a variety of projects, including a detective series called Backstrom, voicing the villainous Gargamel in The Smurfs: The Lost Village, and the giant shark thriller The Meg. In 2017, Wilson joined the Star Trek universe as the character of Harry Mudd in two episodes of the series Star Trek: Discovery, a role he played again in one of the Star Trek: Short Treks called "The Escape Artist," which he also directed. He appeared in four episodes of the popular animated TV series Adventure Time in the roles of "Rattleballs" and "Peacemaster," for four episodes. He's played the part of Dr. Trevor Wells on the CBS sitcom Mom, and in 2020 he's scored roles in the TV shows Solar Opposites and Utopia. Also in 2020, he was one of many celebrities to participate in the tongue-in-cheek homemade "remake" of The Princess Bride, playing the role of Fezzik on Quibi's Home Movie: The Princess Bride.

Off screen, Rainn Wilson has engaged in some other side projects like the humor website and YouTube channel SoulPancake, which eventually produced a book entitled SoulPancake: Chew on Life's Big Questions. That book was followed by a humorous memoir called The Bassoon King. He's also been involved in numerous charitable works like the Mona Foundation. Wilson has been married to writer Holiday Reinhorn, whom he met when they were both studying acting during their time at the University of Washington, since 1995.

In July of 2020, Wilson reportedly listed his farmhouse in Agoura Hills, California, with an asking price of almost $1.7 million. Interestingly, the property's official listing doesn't shy away from Wilson's most famous TV character, opening with the following attention-grabber: "The inspiration for TV's 'Dwight's Beet Farm' may have been this celebrity owned writer's & artist's oasis in old Agoura." The house boasts three bedrooms and three baths, plus another three "flex rooms" that can be adapted to suit whatever purpose the new owner wishes. Out back there's a detached writer's office and "Man Cave/She-Shed" nestled in the trees.