Rahul Kohli net worth: Rahul Kohli is an English actor who has a net worth of $1 million. Rahul Kohli was born in London, England in November 1985. One of his best known roles has come starring as Ravi Chakrabarti on the television series iZombie since 2015. Kohli has frequently appeared on the YouTube channel Funhaus.

He appeared in the movies Gangsters Gamblers Geezers in 2016 and Happy Anniversary in 2018 as well as in the shorts The Vacancy, Alone Together, and I'll Be Home Soon. Rahul Kohli has also appeared in episodes of the TV series Holby City, EastEnders, Supergirl, and Harley Quinn. Kohli started acting in school plays at a young age and later studied and trained in stage performing. He starred in productions including Henry V at the Royal National Theatre. He appeared in the web series Red vs. Blue and has been featured in Rooster Teeth videos for Kinda Funny and Achievement Hunter as well. 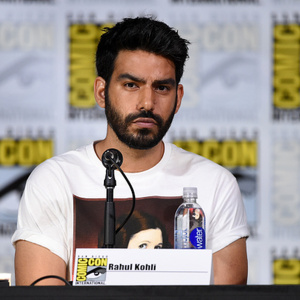