Rafe Spall Net Worth: Rafe Spall is an English actor of both stage and screen who has a net worth of $3 million dollars. Born on March 10, 1983 in Camberwell, London, England, he was exposed to acting at a very young age; his father is BAFTA Award-nominated actor Timothy Spall.

While still in his early teens, Rafe followed his father's footsteps and joined the National Youth Theatre. Rafe's father was diagnosed with leukemia in 1996 and yet another setback came when Rafe was rejected from the prestigious Royal Academy of Dramatic Art. Refusing to take rejection as a hindrance, over the next few years he took small parts in numerous plays and television shows, all of which ultimately served as his acting education. His first major role came in 2004 when he was cast as a chubby shop employee in Edgar Wright's zombie film, Shaun of the Dead. The film was both a critical and commercial success and raised Rafe's star status, opening the door to appearances in more than a dozen television shows and movies over the next three years. Rafe appeared alongside his father for the first time in the British TV drama A Room with a View, which was also one of the first roles to showcase his new look-a muscular physique. His next big break came in 2010 when he was cast as sportswriter Pete Griffiths in the British sitcom Pete Versus Life. In 2012, Rafe appeared in two blockbusters, Prometheus (the sci-fi Alien prequel) and director Ang Lee's Academy Award-winning adventure drama Life of Pi. Despite his accomplishments and his new physically fit appearance, some casting agents were still unconvinced that Rafe was 'leading man material' and he was made to perform four auditions prior to landing the lead in 2013's I Give It a Year. He ultimately landed the part, and was well on his way to positioning himself as an actor who can carry a film as a leading man. 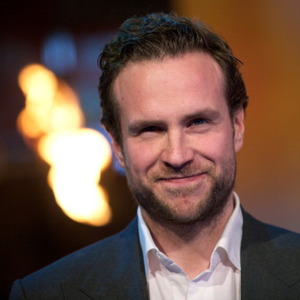