Rafael Amaya Net Worth: Rafael Amaya is a Mexican actor, model, and singer who has a net worth of $5 million. Rafael Amaya was born in Hermosillo, Sonora, Mexico in February 1977. He took theater and music classes as a teenager. He joined the band Almalafa before becoming a model.

He was part of the group Garibaldi but left to act. Amaya made his television debut in the series La casa en la playa in 2000. He starred in the TV series Sin pecado concebido in 2001 and Las Vias del Amor in 2002. In 2008 Rafael starred as Martin in the series Sexo y otros secretos. He had a recurring role in the TV series Ugly Betty from 2007 to 2009 as Lorenzo. In 2011 he starred as Dr. Enrique Guerrero in the series Hospital Central and as Roberto in the series Doctor Mateo. Since 2013 he has starred as Aurelio Casillas in the TV series El Senor de los Cielos. He has also starred in the films Desnudos, Asi del precipio, Amor letra por letra, 24 cuadros de terror, The Fighters, Pepe & Santo vs. America, Me importas tu… y tu, Rock Mari, Sin memoria, and Goodbye Cruel World. Amaya won a Premios Tu Mundo Award for Favorite Lead Actor in 2014. 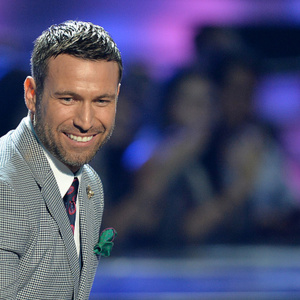