Radha Mitchell net worth: Radha Mitchell is an Australian actress who has a net worth of $4 million dollars. Radha Mitchell, also known as Radha Rani Amber Indigo Amanda Mitchell, was born in Melbourne, Victoria, Australia, and began her professional performance career in the late 80s, appearing on the Australian children's television series, "Sugar and Spice". From there, she went on to recurring and guest starring roles on such shows as "All Together Now", "Phoenix", "Blue Heelers", and "Neighbours". In the late 90s, she also began to add film credits to her resume, appearing in such projects as "Love and Other Catastrophes", "High Art", and "Everything Put Together". She became internationally known, when she co-starred in the hit film, "Pitch Black". Since then, she has gone on to appear in such films as "Dead Heat", "Phone Booth", "Man on Fire", "Finding Neverland", "Melinda Melinda", "Silent Hill", "The Waiting City", and "Olympus Has Fallen". 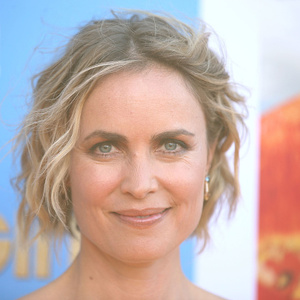