Rade Serbedzija net worth and salary: Rade Serbedzija is a Serbo-Croatian actor who has a net worth of $2 million dollars. Rade was born in 1946 in the village of Bunić, in 1946, which at the time was part of Yugoslavia. Rade Serbedzija graduated from the Academy of Dramatic Arts at the University of Zagreb, and then began his professional career in the theater, working with such companies as the Croatian National Theatre. He began performing in film and television productions, as well, and quickly became one of Croatia's most sought-after stars. Though he first began traveling to the US in the mid-60s, he did not break through for US audiences until the film, "Hanna's War" in 1988. Since then, he has appeared in high-profile projects in Croatia, the US, and the UK, including, "Broken English", "The Saint", "Eyes Wide Shut", "Snatch", "The Quiet American", "Batman Begins", "Harry Potter and the Deathly Hallows – Part 1", and "X-Men: First Class". He has also played guest starring or recurring roles on such television shows as "24", "Fallen", and "CSI: Miami". 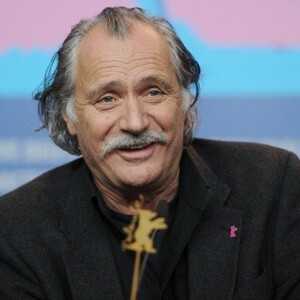