Rachelle Lefèvre Net Worth: Rachelle Lefèvre is a Canadian actress who has a net worth of $1.5 million. Born in Montreal, Quebec, Canada, in 1979, Rachelle Lefèvre enrolled at McGill University to study education and literature. She made her on-screen debut as a regular character on 1999's "Big Wolf on Campus" and in the made-for-TV movie "The Legend of Sleepy Hollow".

Her movie debut came as Catherine in 2000's "Stardom". Lefèvre has acted consistently since then, with her most recognizable part coming as vampire Victoria Sutherland in the first two "Twilight" movies. Lefèvre left the franchise because of scheduling issues with Canadian film "Barney's Version", in which she plays Clara. Her earlier appearances include "Dead Awake", "Hatley High", "The River King", "Suffering Man's Charity", "Fugitive Pieces", and "Prom Wars". Later, she landed the starring role in TV show "Off the Map" as a doctor working in South America; it was canceled after 13 episodes. Since then, Lefèvre has appeared in "A Gifted Man", "The Crossing", and "Under the Dome". She is an active supporter of a handful of charities, including Susan G. Komen for The Cure, School on Wheels, and Best Friends Animal Society. In 2013, she announced she was dating "Top Chef" contestant and cook Chris Crary. 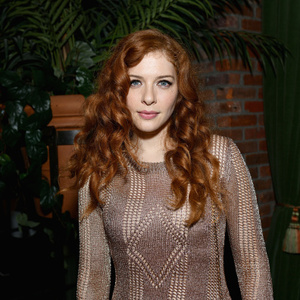