Rachel Ward net worth: Rachel Ward is an English Australian actress, director, and screenwriter who has a net worth of $10 million. Rachel Ward was born in Cornwell, Oxfordshire, England in September 1957. As an actress she has had recurring roles in the TV series The Thorn Birds in 1983, Blackbeard in 2006, Monarch Cove in 2006, and Rain Shadow in 2007.

She has also starred in several films including Night School, Sharky's Machine, Dead Men Don't Wear Plaid, The Final Terror, Against All Odds, Fortress, Hotel Colonial, The Umbrella Woman, How to Get Ahead in Advertising, After Dark, My Sweet, Christopher Columbus: The Discovery, Wide Sargasso Sea, The Death and Life of Otto Bloom, Peter Rabbit, and more. Rachel Ward wrote and directed the 2009 film Beautiful Kate and directed the 2003 movie Martha's New Coat. She has been nominated for Golden Globe Awards in 1982 for Sharky's Machine, 1984 for The Thorn Birds, and 2001 for On the Beach. Rachel Ward has been married to fellow actor Bryan Brown since 1983 and together they have three children. 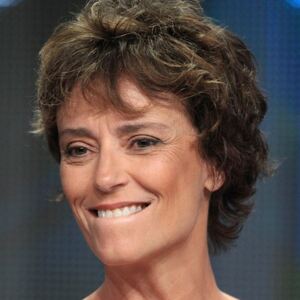