Rachel True net worth: Rachel True is an American actress and model who has a net worth of $500 thousand. Rachel True was born in New York City, New York in November 1966. One of her best known roles came starring as Mona Thorne in the television series Half & Half from 2002 to 2006.

True had recurring roles in the TV series The Cosby Show from 1991 to 1992, Beverly Hills, 90210 in 1993, Dream On from 1994 to 1995, The Drew Carey Show from 1997 to 1998, and Once and Again from 1999 to 2000. She has starred in the movies CB4, Embrace of the Vampire, The Craft, Nowhere, Half Baked, The Big Split, Groove, New Best Friend, The Perfect Holiday, Pink Eye, and Sharknado 2: The Second One. True has also appeared in episodes of the TV series Hangin' with Mr. Cooper, Getting By, Renegade, The Fresh Prince of Bel-Air, Family Matters, Boston Common, and Dawson's Creek. In 2006 she was nominated for an Image Award for Outstanding Actress in a Comedy Series for Half & Half. 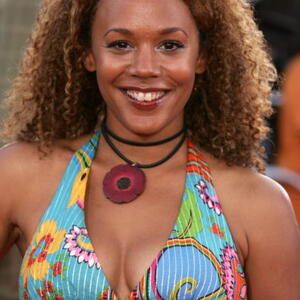