How much is Rachel Nichols Worth?

Rachel Nichols Net Worth: Rachel Nichols is an American actress who has a net worth of $2 million dollars. Born in Augusta, Maine, in 1980, Rachel Nichols began studying at Columbia University in New York with plans to work on Wall Street before she was invited to try modeling. Soon, Nicholas was using her modeling money to pay for school. She balanced working for brands such as Guess?, L'Oreal, and Abercrombie & Fitch with earning her math and economics degree from Columbia, which she did in 2003. In the mean time, Nicholas made her on-screen debut as a model in 2000's "Autumn in New York". Two years later, she appeared in a single episode of the hit series "Sex and the City". Her first bigger role came as Jessica in 2003's "Dumb and Dumberer: When Harry Met Lloyd". In 2005, she starred in "The Amityville Horror" and was nominated for an MTV Movie Award for Best Frightened Performance and a Teen Choice Award for Choice Movie Scream Scene. Nichols has since appeared in dozens of movies and TV shows, including "The Inside", "Shopgirl", "Alias", "The Woods", "Resurrecting the Champ", "Charlie Wilson's War", "The Sisterhood of the Traveling Pants 2", "Conan the Barbarian" and "G.I. Joe: The Rise of Cobra". Nichols starred appearing as recurring character Ashley Seaver on the sixth season of "Criminal Minds" in 2010 before being promoted to a series regular for the last half of the season. In 2012, Nichols landed the starring role as Kiera Cameron on sci-fi series "Continuum", which has run for at least three seasons. She married producer Scott Stuber in 2008, but the duo separated a year later. In 2014, Nichols announced she was engaged to real estate developer Michael Kershaw. 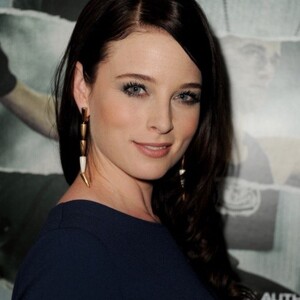