Rachel McAdams Net Worth: Rachel McAdams is a Canadian actress who has a net worth of $25 million. McAdams is best known for appearing in films like "Mean Girls" (2004), "The Notebook," (2004), "Wedding Crashers" (2005), "Sherlock Holmes" (2009), and "Game Night" (2018). She has won several awards for her work, and her performance in 2015's "Spotlight" earned her an Oscar nomination. Though she is best known for her film work, McAdams graced the small screen in the Canadian series "Slings & Arrows" (2003–2005) and the HBO crime drama "True Detective" (2015). In 2016, McAdams played Christine Palmer in the blockbuster Marvel film "Doctor Strange," which grossed $677.7 million at the box office, and in 2020, it was announced that she would be reprising her role in "Doctor Strange in the Multiverse of Madness." McAdams co-starred with Will Ferrell in the 2020 Netflix musical comedy "Eurovision Song Contest: The Story of Fire Saga," and during its first weekend of release, it was the most-streamed film or TV series on Netflix in the U.S.

Early Life: Rachel McAdams was born Rachel Anne McAdams on November 17, 1978, in London, Ontario, Canada. Her mother, Sandra, was a nurse, and her father, Lance, worked as a truck driver. Rachel and her siblings, Kayleen and Daniel, were raised in a Protestant household, and she learned how to figure skate at just 4 years old. McAdams participated in skating competitions and won regional awards, but she quit at age 18 to focus on acting. She attended Myrtle Street Public School and Central Elgin Collegiate Institute, and as a student, she played volleyball, soccer, and badminton and was a member of the student council and Peer Helping Team. During her youth, McAdams attended Shakespeare and Disney summer camps, and she began performing with Original Kids Theatre Company, London at age 12. Aa a teenager, she directed children's plays, appeared in school productions, and won an acting award at the 1995 Sears Ontario Drama Festival. After high school, Rachel enrolled at York University in Toronto, earning a Bachelor of Fine Arts honours degree in 2001.

Career: McAdams made her TV debut in 2001, appearing in the MTV pilot "Shotgun Love Dolls" and an episode of the Disney Channel series "The Famous Jett Jackson." In 2002, she appeared in the films "My Name is Tanino" and "Perfect Pie" and co-starred with Rob Schneider and Anna Faris in "The Hot Chick." That year she also guest-starred on the science-fiction series "Earth: Final Conflict" and appeared in the television film "Guilt by Association." From 2003 to 2004, Rachel played Kate McNab on seven episodes of "Slings & Arrows," and she got her break-out role when she was cast as Regina George in 2004's "Mean Girls," which was written by Tina Fey. McAdams co-starred with Lindsay Lohan, Amanda Seyfried, Lacey Chabert, and "Saturday Night Live" alums Amy Poehler, Tim Meadows, and Ana Gasteyer, and the film brought in $130 million at the box office and was eventually adapted into a Broadway musical. Rachel's other 2004 film, "The Notebook," was also a commercial success, grossing $116.1 million worldwide, and she followed it with a string of hits in 2005: the Owen Wilson-Vince Vaughn comedy "Wedding Crashers" ($288.5 million), the Wes Craven thriller "Red Eye" ($96.2 million), and the comedy-drama "The Family Stone" ($92.9 million).

From 2006 to 2007, McAdams took a break from Hollywood and turned down roles in "Get Smart," "The Devil Wears Prada," "Mission: Impossible III," and "Casino Royale." After her hiatus, she starred in 2008's "The Lucky Ones" and 2009's "State of Play," "The Time Traveler's Wife," and "Sherlock Holmes." With a worldwide gross of $524 million, "Sherlock Holmes" earned more than enough to warrant a sequel, and Rachel reprised the role of Irene Adler in 2011's "Sherlock Holmes: A Game of Shadows" (which was even more successful, grossing $545.4 million). In 2010, she co-starred with Diane Keaton and Harrison Ford in "Morning Glory," then she starred in 2011's "Midnight in Paris" and 2012's "The Vow," "Passion, and "To the Wonder."

In 2013, McAdams starred in "About Time," a romantic comedy-drama about time travel, and the following year, she co-starred with Philip Seymour Hoffman in the spy thriller "A Most Wanted Man." In 2015, she voiced The Mother in the animated film "The Little Prince," starred in "Every Thing Will Be Fine," "Aloha," "Southpaw," and "Spotlight," and played Detective Antigone "Ani" Bezzerides in season two of "True Detective." Rachel then joined the Marvel Cinematic Universe in 2016's "Doctor Strange," appeared in the independent 2017 film "Disobedience," and co-starred with Jason Bateman in the 2018 dark comedy "Game Night." In 2020, she played Icelandic singer Sigrit Ericksdóttir in "Eurovision Song Contest: The Story of Fire Saga," which earned Grammy and Academy Award nominations for its music. 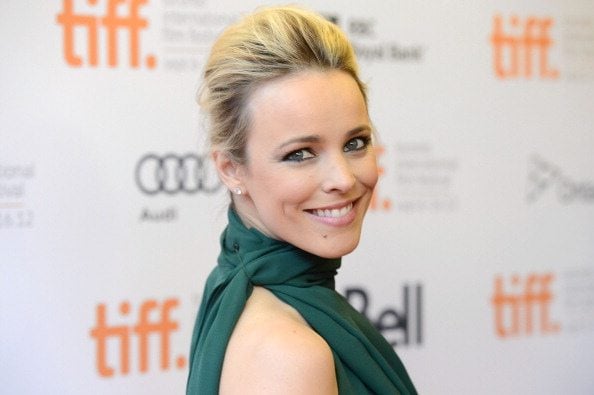 Personal Life: Rachel began a relationship with screenwriter Jamie Linden in April 2016, and they welcomed a son on April 10, 2018. She previously dated her "The Notebook" co-star Ryan Gosling and her "Midnight in Paris" co-star Michael Sheen. McAdams is passionate about environmental causes and launched the eco-friendly lifestyle website GreenIsSexy.org in 2007. She appeared in two 2013 promotional videos for the Food and Water First Campaign, and she has volunteered with Habitat for Humanity. Rachel visited Mississippi and Louisiana in 2005 to help with clean-up efforts after Hurricane Katrina, and she has worked with the charitable organizations United Way of Canada, Alzheimer's Association, and Sunshine Foundation of Canada. She is also a member of the anti-corruption organization Represent.Us and sits on their cultural council, which is committed to "unrigging America's corrupt political system." 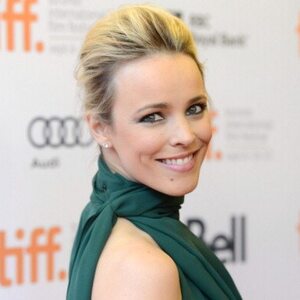