Rachel Korine Net Worth: Rachel Korine is an American actress who has a net worth of $1 million. Rachel Korine was born in 1986 in Nashville, Tennessee, and made her acting debut in 2007's "Mister Lonely" as Little Red Riding Hood. That year, she also married her husband, film director, producer, and writer, Harmony Korine, who wrote and directed "Mister Lonely".

Since then, Korine has appeared in several of her husband's movies, including 2009's "Trash Humpers" as Momma and 2013's "Spring Breakers", which is Harmony's best-known movie and Rachel's best-known role. She played Cotty, a partying, smoking teenager, who heads off to Florida on spring break and is eventually embroiled in gang activity. Korine starred alongside some of Hollywood's most recognizable stars, including James Franco, Selena Gomez, and Vanessa Hudgens. She appeared in "The Dirty Ones" in 2009 before landing the part of Savannah in "Septien" one year later. In 2012, she played Rach in "Lotus Community Workshoop" and later "The Fourth Dimension". Korine acted as Zoe in 2014's "Druid Peak". She and her husband have one child together, a daughter named Lefty. Her husband is best known for movies such as "Kids", "Spring Breakers", "Gummo", "Julien Donkey-Boy", and "Trash Humpers", which won the DOX Award at CPH:DOX in 2009 after its premiere at the Toronto Film Festival. 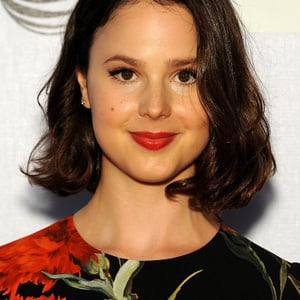