Rachel Hurd-Wood Net Worth: Rachel Hurd-Wood is an English model and actress who has a net worth of $2 million. Born in 1990 in Streatham, London, England, Rachel Hurd-Wood studied linguistics at University College London, but left before finishing her degree to pursue her dreams of becoming an actress. Hurd-Wood made her on-screen debut in her most memorable role to date as Wendy Darling in 2003's "Peter Pan".

For the part, Hurd-Wood earned nominations for a Young Artist Award for Best Performance in a Feature Film by a Leading Young Actress and for a Saturn Award for Best Performance by a Younger Actor. She has acted consistently since then, appearing in 2004's "Sherlock Holmes and the Case of the Silk Stocking" and 2005's Teen Choice Award-nominated "An American Haunting". Hurd-Wood played Laura Richis in 2006's "Perfume: The Story of a Murderer" and Meredith Crowthorn in "Solomon Kane" three years later. Her other TV and film credits include "Dorian Gray", "Tomorrow, When the War Began", "Hideaways", "The Mapmaker", and "Highway to Dhampus". She is slated to appear in 2014's "Remembrance" as Emma Kingsman and 2015's "Segon Origen" as Alba. In addition to her film career, Hurd-Wood has appeared in several music videos, including Warehouse Republic's "Revolver" and Madeleine Peyroux's "A Little Bit". Hurd-Wood is actively involved in several charities, participating in World Famous StarCards and Shooting Star CHASE. 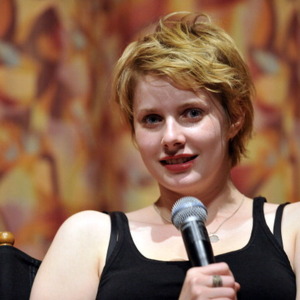