Rachel Blanchard Net Worth: Rachel Blanchard is a Canadian actress who has a net worth of $2 million dollars. Rachel Louise Blanchard was born in Toronto, Ontario, Canada in March 1976. She graduated from Havergal College and Queen's University. As a child she appeared in a commercial for McDonald's. She first appeared on TV in the series The Kids of Degrassi Street in 1984. From 1988 to 1990 Rachel starred as Debi McCullough on the series War of the Worlds. Her film debut came in the movie On My Own in 1991. From 1990 to 1993 she starred as Kristen in the series Are You Afraid of the Dark? and from 1993 to 1995 she starred as Dinah McGee in Chris Cross. Blanchard starred as Cher Horowitz in the TV series Clueless from 1996 to 1999. She starred as Roxanne Richardson from 2002 to 2004 in the series 7th Heaven. From 2004 to 2007 Blanchard played Nancy on the series Peep Show. In 2014 she played Kitty Nygaard in the series Fargo. She has starred in the movies The Rage: Carrie 2, Road Trip, Sugar & Spice, Nailed, The Wild Dogs, Chasing Holden, Without a Paddle, Where the Truth Lies, Snakes on a Plane, Open House, and Scrapper. Blanchard was nominated for a Young Artist Award in 1993 and a Gemini Award in 2011. 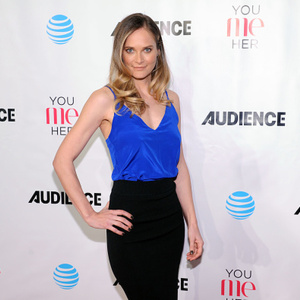