Early Life: Rachel Bilson was born on August 25th of 1981 in Los Angeles, California. Raised in a family with strong connections to the entertainment industry, Rachel became interested in a career as an actress from an early age. Her father Danny Bilson is a well-known Jewish writer, director, and producer, while her mother is a sex therapist. Going even further back, Rachel's grandfather is a producer named Bruce Bilson, and her great grandmother was a successful screenwriter.

While attending high school, Rachel Bilson rubbed shoulders with a number of classmates who would become future celebrities, including Kirsten Dunst, Rami Malek, and Katherine McPhee. After graduating from high school, studied at Grossmont College. She then took her father's advice and pursued a career as an actress.

Career: Bilson started her acting career with several commercial roles for brands like Subway, Raisin Bran, and Pepto-Bismol. Building on this success, she moved on to television roles in shows like "Buffy the Vampire Slayer" and "8 Simple Rules for Dating My Teenage Daughter." Rachel's real breakthrough came in 2003 when she joined the main cast of "The O.C." Her character was never intended to be heavily featured, but fans enjoyed seeing her romance with Adam Brody's character. Because of her popularity, she became a series regular shortly after the show began.

"The O.C." became a massively popular show, and as a result, Rachel Bilson became one of the most famous actresses in the world. Numerous publications ranked Bilson as one of the most attractive women on the planet, and she won several Teen Choice Awards. Her success in "The O.C." also led to film roles in movies like "The Last Kiss" and "Jumper."

Bilson continued to appear in various television shows as well, such as the NBC comedy "Chuck." In 2008, she booked a role in the film "New York, I Love You." That year, she also appeared in the series "How I Met Your Mother" and the film "Waiting for Forever." Next year, she appeared as a judge in the reality TV show "Project Runway" before booking a role in the independent film "L!fe Happens." In 2011, Rachel Bilson booked a central role in the show "Hart of Dixie," which ran for four seasons. She then appeared in series such as "Nashville" and "Take Two."

Fashion: Rachel Bilson is extremely passionate about fashion, and has collaborated with various brands to create her own clothing lines. In 2007, she approached DKNY Jeans with a plan to create a collection for them. The line was launched in 2008, and Bilson focused on affordability while maintaining trendiness. In 2011, Bilson worked with stylist Nicole Chavez and footwear brand Steve Madden to launch an online shop for shoes called ShoeMint.

In 2009, thieves broke into Rachel Bilson's home and made off with her expensive collection of fashion items. Because of her well-known love for designer fashion pieces, she became the target of the notorious thief group, the "Bling Ring."

Relationships: Rachel Bilson's first widely-publicized relationship was with Adam Brody, an actor who appeared alongside her in "The O.C." The pair also played characters who were in a relationship on the show. Their romance lasted for three years before they both went their separate ways.

Rachel's next relationship attracted even more media attention. After splitting with Brody, she began dating actor Hayden Christensen, who is famous for playing Anakin Skywalker in the Star Wars prequel trilogy. The couple first met on the set of the film "Jumper," which they both starred in. By 2008, various media publications strongly speculated they were in a relationship, despite no official announcement from either Bilson or Christensen.

Numerous photographs of them together in Los Angeles began to surface. The couple remained very tight-lipped about their relationship over the next year, even when Bilson was photographed wearing what appeared to be an engagement ring. In 2010, the pair finally confirmed that they had been engaged previously, while at the same time admitting that they had called it off.

Three years months later, the couple got back together. In 2014, they had a child. Three years later, they permanently separated in 2017. While they were raising their child together, the couple spoke out against photographers taking pictures of children without expressed permission, especially the children of celebrities. This is known as the "No Kids Policy."

Real Estate: In 2017, Bilson made a concerted effort to start fresh after her split with Hayden Christensen by purchasing a new home in Pasadena. She had previously been living in a Sherman Oaks property with her former fiancee. The couple purchased the property in 2012 for $2.7, and they sold it for $3.8 million following their split in 2017.

Bilson then paid $2.25 million for her new property in Pasadena, which sits just above the Rose Bowl. Originally designed in the 1950s by a well-known architect, the home features 3,700 square feet of living space. The outdoor space was also painstakingly designed by a renowned landscape architect.

Although the interior is certainly spacious and modern, the outdoor area is what makes this property truly unique. A one-of-a-kind swimming pool and a dry dock stream lie in the middle of a large lawn. There's also an expansive porch overlooking the mountain, the valleys, and the city of Los Angeles in the distance.

According to reports, this Pasadena property was previously owned by Walter Ralphs Jr., the heir to the Ralphs grocery store franchise. In 2014, the house was made a local landmark because of its historical significance. 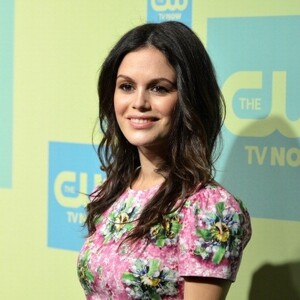