Rachael Taylor Net Worth and salary: Rachael Taylor is an Australian model and actress who has a net worth of $4 million dollars. Rachael Taylor was born in 1984 in Launceston, Tasmania, Australia, and started acting when she was a kid in school productions. As a teenager, Taylor began modeling, reaching the finals of Miss Teen Tasmania.

She was part of the Skye-Jilly International Agency and advanced to the Miss Universe and Miss World state finals. Soon after, Taylor moved to Sydney to focus on her show business career. She made her acting debut in 2004's TV movie "The Mystery of Natalie Wood" as Maryann Marinkovich. She appeared on episodes of "McLeod's Daughters" and "Hercules" a year later before scoring a part on the main cast of "headLand". Taylor appeared in 58 episodes of the show as Sasha Forbes from 2005 until 2006. She later landed a recurring part on "Grey's Anatomy" and main roles on "Charlie's Angels", "666 Park Avenue", and "Crisis". Taylor's biggest film role to date came in 2007's blockbuster "Transformers" with Shia LaBeouf and Megan Fox as Maggie. Her other movie appearances include "See No Evil", "Bottle Shock", "Ghost Machine", "Cedar Boys", "Red Dog", "Any Questions for Ben?", "The Darkest Hour", and "The Loft". 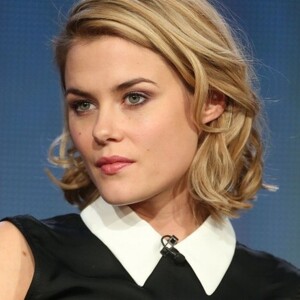