What Is Rachael Leigh Cook's Net Worth?

Rachael Leigh Cook is an American actress, model, and producer who has a net worth of $5 million dollars. She became a household name after starring in the film, "She's All That", in 1999. She also starred in the now legendary, "This Is Your Brain on Drugs" PSA.

Since then, she has focused primarily on independent film roles and voice-over work. Some of her projects have included, "The Bumblebee Flies Anyway", "Into the West", "Descent", and "The Final Season". From 2012 – 2015, she starred in the hit drama, "Perception" on TNT.

Rachael Leigh Cook was born in Minneapolis, Minnesota on October 4, 1979, to Thomas, a social worker and stand up comedian and JoAnn Cook, a cooking teacher and weave. Cook began her professional print modeling career while she was in elementary school, appearing in nationwide ads for Target and on the boxes of Milk-Bone dog biscuits. She attended Laurel Springs School, a school for young actors. Later, Cook graduated from Minneapolis South High School. Her younger brother Ben is an aspiring filmmaker.

She began acting in film and television projects when she was in her early teens, making her screen debut playing Mary Anne Spier in the 1995 film "The Baby-Sitters Club." Later that year she appeared in "Tom and Huck." In 1996, she starred in a short film titled "26 Summer Street." Cook then appeared in the lead role in the film "Country Justice," portraying the victim of a pregnant sexual assault victim. In 1999, Cook starred in her biggest role arguably to date: the romantic comedy "She's All That." That same year, she starred in Sixpence None The Richer's video for their mega popular hit "Kiss Me." 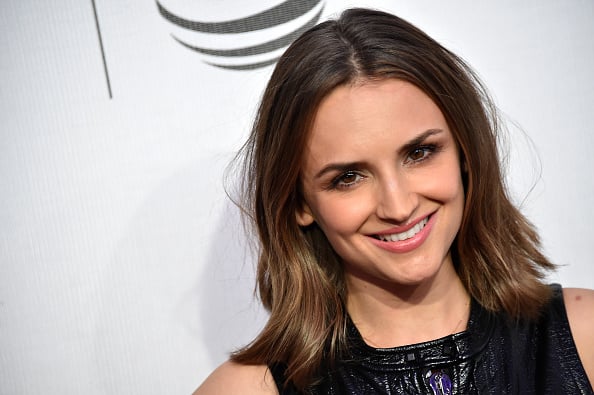 In 2000, Cook starred opposite Elijah Wood in "The Bumblebee Flies Anyway." Cook was a cover girl for FHM in the spring of 2000 and later that year starred in the music video for New Found Glory's "Dressed to Kill." 2001 saw Cook starring in cult classic (but box office fail) "Josie and the Pussycats." She was ranked No. 26 in Stuff magazine's "100 Sexiest Women in the World." In 2003 she starred as Cheri in the film "11:14" and appeared as a cast member in the Steven Speilberg television miniseries "Into the West" in 2005. In 2007, Cook appeared in "Nancy Drew" and she played the female lead in the sports drama "The Final Season." She has guest starred in many TV shows such as "Robot Chicken" and USA's "Psycho." In 2012, Cook played the female lead role in "Perception" and starred in the indie film "Broken Kingdom." She starred in two Hallmark films in 2016 and 2017: "Autumn in the Vineyard" and "Summer in the Vineyard." That same year, she starred, developed, and executive produced Hallmark's "Frozen in Love." It was Broadcast in 2018 as part of the "Winterfest" season on the channel.

Cook has also done voice work, voicing Chelsea Cunningham on the Kids' WB series "Batman Beyond" as well as the movie "Batman Beyond: Return of the Joker." She also voiced Tifa Lockhart in the video games Kingdom Hearts II, Dirge of Cerberus: Final Fantasy VII, Dissidia 012 Final Fantasy, and Final Fantasy VII: Advent Children. In 2020, Rachel appeared in the role of Max in the final episodes of season fifteen of "Criminal Minds." Cook began her own production company called Ben's Sister Productions and produced and starred in the film "Love, Guaranteed." The movie debuted on Netflix in September 2020. In 2021, Rachel appeared in "He's All That," the straight-to-streaming gender swapped remake of "She's All That."

She was in her first PSA at age seven for the foster care system. Cook starred in the infamous "This is Your Brain on Drugs" PSA ad in 1997. In the video, she portrayed a drug-addled teen destroying a kitchen with a frying pan. Cook reprised the role 20 years later for a PSA by the Drug Policy Alliance, with the intention to critique the War on Drugs and its effect on mass incarceration, racism, and poverty in America. The ad was posted on April 20, 2017, (in a nod to 4/20) on YouTube. Beginning in June 2012, Cook started a scholarship for students between the ages of 14 and 19 to help pay for mentoring and other school fees.

She was selected by the Obama Administration in 2011 as a Champion of Change for Arts Education.

She had a brief romance with Ryan Reynolds in early 2001. When they met, they hit it off immediately but she was due to leave for England to begin filming "Blow Dry." Reynolds surprised her with a romantic gesture, pulling out of his film schedule and going to London with her. They dated for under a year.

Cook began dating Daniel Gillies in late 2001. They got married on August 8, 2004. They have two children, a daughter (b. 2013) and a son (b. 2015.) They announced their separation in June 2019 and Gillies filed for divorce shortly after. Cook and Gillies' divorce was finalized in March 2021. In July 2021, Cook went "Instagram official" with her boyfriend, producer Kevin Mann. She continues to co-parent amicably with her former husband. 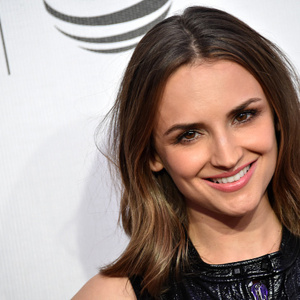