Rachael Harris net worth and salary: Rachael Harris is an American actress and comedian who has a net worth of $4 million. She is best known for her role as Dr. Linda Martin on Lucifer, as Joanne Dunlevy in Surviving Jack, as Sheila Sazs in Suits, and as Susan Heffley in the movie Diary of a Wimpy Kid.

She was born on January 12, 1968 in Worthington, Ohio. She graduated from Otterbein College with a degree in theatre in 1989. She started her career with the Groundlings comedy troupe in Los Angeles and for a time, taught with the Groundlings school. She debuted on television in 1993 in an episode of SeaQuest DSV and went on to appear in several shows throughout the next decade, including Start Trek: Voyager, Sister,Sister, The Daily Show, The Sarah Silverman Program, Reno 911!, The West Wing, The Good Guys, Friends, Curb Your Enthusiasm, Monk, CSI, Desperate Housewives, Fat Actress, Notes from the Underbelly, and Suits. Harris has also done work on films including The Hangover, Best in Show, A Mighty Wind, Starsky & Hutch, Daddy Day Care, Evan Almighty, and the independent film, Natural Selection (where she was nominated for Best Female Lead at the Independent Spirit Awards). She also did voice over work for the film Wreck-It-Ralph and has appeared in several commercials throughout her career.

She was previously married to Adam Paul, but the couple divorced in 2008. She was then married to violinist Christian Hebel from 2015 to 2019. She is known for her trademark eye glasses.

Real Estate: In 2018 Rachael and Christian paid $2.2 million for a home in Studio City, California. They listed the home for sale in 2020 for $2.3 million. They also own a New York City apartment which was purchased in 2014 for $1.7 million. 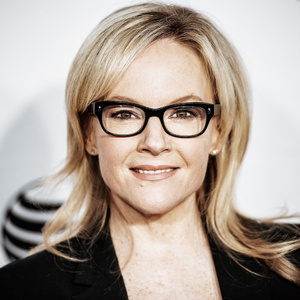