Puneet Issar net worth: Puneet Issar is an Indian actor and director who has a net worth of $10 million. Puneet Issar was born in India in November 1959. Issar has over 100 acting credits to his name. He first starred in the movie Coolie in 1983. During the filming of this movie Issar accidentally injured actor Amitabh Bachchan nearly fatally which caused him to suffer backlash in the industry. Issar is best known for playing the role of Duryodhana in the television series Mahabharata as well as directed the 2004 movie Garv: Pride and Honour. He is also known for his roles as Rattan Singh in the 1997 film Border and as Anand in the 1983 movie Purana Mandir. Issar has also starred in the movies Superman (Indian version), Jungle Beauty, Cheetah, Vajra: The Weapon, Ready, I Am Singh, Best of Luck, and Fateh. 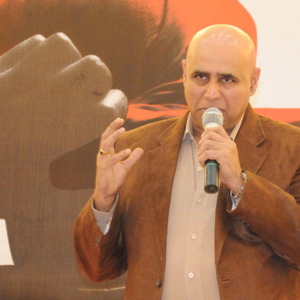