What is Priscilla Presley's Net Worth?

Priscilla Presley is an American actress and businesswoman who has a net worth of $50 million dollars. Presley is most widely recognized for her marriage to Elvis Presley as well as her roles in "The Naked Gun" trilogy and "Dallas." Priscilla founded Elvis Presley Enterprises in 1981 and ran the company until the late 80s. Presley is also an author, and her 1985 memoir, "Elvis and Me: The True Story of the Love Between Priscilla Presley and the King of Rock N' Roll," was a "New York Times" bestseller.

Priscilla Presley was born Priscilla Ann Wagner on May 24, 1945, in Brooklyn, New York. Her mother, Ann, had Priscilla at 19 years old, and her father, James (a Navy pilot), died in a plane crash when his daughter was just 6 months old. Ann married Air Force officer Paul Beaulieu in 1948, and Priscilla began using his last name instead of Wagner. The family moved every few years due to Beaulieu's Air Force career, so Presley grew up in Connecticut, New Mexico, Maine, and Texas. Paul was transferred to Germany in 1956, and that where Priscilla met Elvis Presley, who was serving in the Army at the time.

In September 1959, Priscilla met Elvis at a party at his Bad Nauheim home. Her parents weren't thrilled by the idea of 24-year-old Elvis and 14-year-old Priscilla having a relationship, but Presley won them over when he showed up to their home in full uniform. Elvis left West Germany in March 1960 and kept in touch with Priscilla by phone until she was able to visit him in Los Angeles in 1962. Priscilla moved to Memphis, Tennessee, in March 1963, agreeing to finish school at the Immaculate Conception High School and live with Elvis' father and stepmother a few blocks from Graceland. Though Priscilla wanted to visit Elvis while he was working in Hollywood, he told her to stay in Memphis; the press reported on his affair with "Viva Las Vegas" co-star Ann-Margaret, and when Priscilla confronted him, he told her it was just a rumor meant to bring attention to the film. (Elvis would go on to have affairs with many of his co-stars throughout his relationship with Priscilla.)

Priscilla and Elvis were married in an 8-minute ceremony on May 1, 1967, in Las Vegas, and daughter Lisa Marie was born on February 1, 1968. Priscilla took private dance lessons in 1968 and had an affair with her instructor, which she credits with making her realize that she wasn't getting enough out of her relationship with her husband. She later took up karate at Elvis' suggestion and began an affair with her instructor, Mike Stone. Priscilla later said that her marriage left her feeling unfulfilled, both physically and emotionally. The Presleys separated in February 1972, and though Elvis once said that he wanted Stone to die, he declined to take action when his bodyguard brought up the idea of a contract killing. The couple divorced on October 9, 1973 and agreed to shared custody of Lisa Marie; Priscilla also received a $725,000 cash payment, child support, spousal support, 50% of the proceeds from the sale of their home in Beverly Hills, and 5% of the royalties from Elvis' publishing companies. 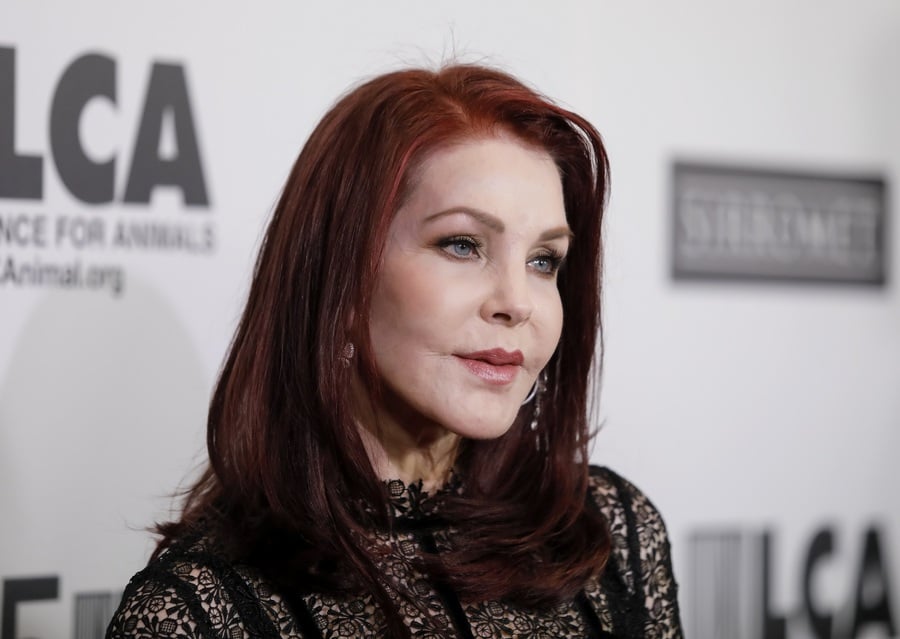 In 1973, Priscilla and friend/stylist Olivia Bis opened the Bis & Beau clothing boutique in Los Angeles; the shop, which was beloved by celebrities like Cher, Barbra Streisand, and Natalie Wood, closed in 1976. When Elvis passed away in 1977, Priscilla was executor for Lisa Marie, and after realizing how much of her daughter's inheritance would be going to Graceland (for upkeep, taxes, and other expenses), she turned Graceland into a popular tourist attraction with help from CEO Jack Soden. Graceland opened on June 7, 1982, and was a hit with Elvis fans; the museum has been a National Historic Landmark since 2006 and attracts more than 650,000 visitors each year. Priscilla served as president and chairwoman of Elvis Presley Enterprises, and the estate was worth more than $100 million by the time Lisa Marie Presley was old enough to officially inherit it in 1993.

Priscilla's business ventures also include a line of fragrances and linens, and she has produced several film and television projects, including "Elvis and Me" (1988), "Breakfast with Einstein" (1998), "Finding Graceland" (1998), and upcoming Netflix adult animated series "Agent King." She joined Metro-Goldwyn-Mayer's board of directors in 2000, and she was a series regular on "Dallas" (1983-1988) and appeared in all 3 films in "The Naked Gun" franchise, playing Jane Spencer, the love interest of Leslie Nielsen's Lt. Frank Drebin. Priscilla was also offered a lead role on "Charlie's Angels" but turned it down.

Priscilla lived with Mike Stone right after her divorce, and they stayed together until 1975. She was in a relationship with male model Michael Edwards from 1978 to 1985, but she ended things when Edwards began behaving inappropriately toward Lisa Marie, who was a teenager at the time. Presley then entered into a 22-year relationship with screenwriter/computer programmer Marco Garibaldi, and the couple welcomed son Navarone on March 1, 1987. Priscilla and Marco split up in 2006, and she went on to date TV executive Nigel Lythgoe from 2006 to 2009. Presley has also been linked to lawyer Robert Kardashian and photographer Terry O'Neill.

Presley has served as the Ambassador of the Dream Foundation since 2003; the organization grants wishes to terminally ill adults. An animal lover, she has been outspoken about her opposition to the Tennessee Ag-Gag Bill, contacting Governor Bill Haslam about it in 2013.

For several decades she owned a 7,000 square foot home in Beverly Hills. She moved into the home right after her divorce from Elvis. In August 2020 Priscilla listed her Beverly Hills home for an impressive $16 million. At the end of 2020 she sold this home for $13 million.

In January 2021 she paid just under $5 million for a penthouse in Century City, California. 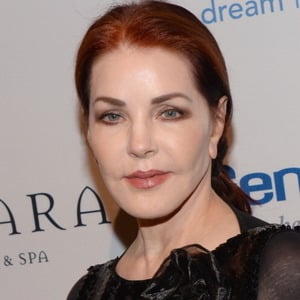