Prem Chopra net worth: Prem Chopra is an Indian actor who has a net worth of $50 million. Prem Chopra was born in Lahore, British India in September 1935. Chopra is an actor in Punjabi and Hindi films. Over his 50 year he career he has appeared in more than 300 films.

Chopra is often a villain and is soft spoken. Some of the movies he has starred in include Honour Killing, Heart Land, Power Cut, Loot, Daddy Cool, Broken Thread, Bold, Mr. Prime Minister, Return of Jewel Thief, The Don, God and Gun, Police Public, Clerk, Bobby, Around the World, and Dream Girl. Chopra won the Filmfare Best Supporting Actor Award in 1976 for Do Anjaane. In 2004 he won the Legend of Indian Cinema Award. He received a Lifetime Achievement Award from Giants and has also won a Lions Club Award. In 2014 his biograph Prem Naam Hai Mera, Prem Chopra was written by his daughter Rakita Nanda. 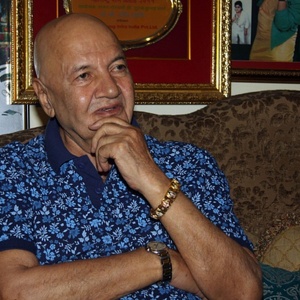