What was Powers Boothe's Net Worth and Salary?

Powers Boothe was an award-winning American actor who had a net worth of $8 million at the time of his passing in 2017. His acting career spanned many decades and involved theater, film, and television roles. He is well-known among fans of the series "Deadwood" for playing the saloon owner Cy Tolliver, and he also appeared in the Western film "Tombstone." Some of his best-known television roles came with shows like "24" and "Nashville." In 1980, Boothe was honored with an Emmy Award for his portrayal of Jim Jones in the film "Guyana Tragedy: The Story of Jim Jones." This movie depicted the mass suicide of the Peoples Temple, which took place in 1978.

Powers Allen Boothe was born on June 1st of 1948 in Snyder, Texas. Raised alongside two older brothers, Boothe's father was a rancher who named the boy after his best friend, who had died in World War Two. During his high school years, Powers played football and had his first taste of acting while performing in school plays. He then attended college and became the first in his family to do so. During his time at Southwest Texas State University, he first obtained a BA before transferring to Southern Methodist University. After obtaining his MA in drama, Boothe embarked on an acting career for the first time.

Boothe started his career on the stage, performing in the Oregon Shakespeare Festival shortly after leaving university. During this period, he booked roles in plays like "Henry IV" and "Troilus and Cressida." He then relocated to New York and appeared in a production of "Richard III" in 1974. Five years later, Powers made his official Broadway debut with a starring role in "Lone Star," a one-act play.

Boothe then made the transition to film work after booking the lead role of Jim Jones in the TV movie "Guyana Tragedy: The Story of Jim Jones." His portrayal of the cult leader immediately put him on the map, and numerous critics heaped praise upon him. Powers subsequently won an Emmy Award for his performance, beating much older actors like Henry Fonda. This success led to further opportunities in television, and Boothe went on to book the role of Philip Marlowe in "Philip Marlowe, Private Eye." During this period, he also managed to book roles in feature films like "Southern Comfort," "A Breed Apart," "The Emerald Forest," "Rapid Fire," "Red Dawn," and "Extreme Prejudice."

In 1990, Boothe booked a role in the CBS-TV movie "Family of Spies," playing the traitorous Navy Officer John Walker. Powers then followed up with a central role in the film "Tombstone," a Western that grossed over $73 million on a budget of $25. Boothe joined a star-studded cast in that film alongside Kurt Russell, Val Kilmer, and Michael Biehn. In 1994, he joined the cast of "Blue Sky," another successful film that saw co-star Jessica Lange earn an Oscar. In 1995, he joined Jeane-Claude Van Damme in "Sudden Death," playing the lead villain. To wrap up the 90s, Boothe appeared in films like "Nixon," playing Chief of Staff Alexander Haig. He was also featured as the town sheriff in the film "U Turn." 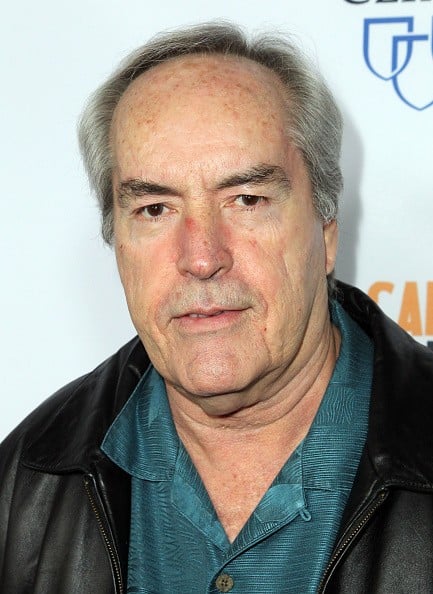 At the beginning of the new millennium, Powers played the Roman general Flavius Aetius in the miniseries "Attila," which received somewhat positive reviews. In a complete change of pace, he then followed up with one of his most memorable roles in "Deadwood," playing the brothel owner Cy Tolliver. The series first aired in 2004 and ran until 2006, spanning three seasons and earning a strong following in the process. Today, it is considered to be one of the best television series of all time and won eight Emmy Awards.

During his time on "Deadwood," Boothe also found time to work on film projects like "Sin City." He later reprised this role in the film's 2014 sequel: "Sin City: A Dame to Kill For." Outside of his on-screen and on-stage acting work, Powers is an established voice actor who has been involved in numerous video games. In 2005, he booked a voice acting gig in the video game "Area 51." He is also known for playing the villain Gorilla Grodd in animated series like "Justice League" and "Justice League Unlimited." In 2008, he voiced the main villain in the video game "Turok." Another major video game role came in 2010, when he voiced a character in "Ben 10 Ultimate Alien: Cosmic Destruction." In addition, Boothe is remembered in the gaming community for his work on "Hitman: Absolution" in 2012, a video game that left fans of the series polarized.

Towards the latter portion of the 2000s, Powers booked special guest roles on shows like "24." He also narrated a TV campaign ad for John McCain's failed presidential campaign. In 2012, he booked a role in the film "The Avengers" before reprising that role in the TV series "Agents of "S.H.I.E.L.D." "The Avengers" proved to be a massive box office hit, raking in $1.519 billion on a budget of $220 million. Along with his role in the animated series "Moonbeam City," these proved to be one of his last major performances before his passing in 2017.

In 2017, it was reported that Powers had passed away at the age of 68. The cause of death was pancreatic cancer, although his publicist initially told the press that he had died of natural causes. After his passing, he was buried in Deadwood Cemetery in Deadwood, Texas – a nod to one of his most celebrated TV roles.

At the time of his death, Powers lived in his longtime Hidden Hills mansion. The house was worth around $4 million at the time he died. 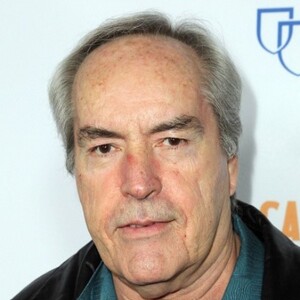