Pooch Hall Net Worth: Pooch Hall is an American actor, model and rapper who has a net worth of $3.5 million dollars. An actor, Pooch Hall was a championship boxer before discovering theater in college. He is most widely recognized for his work on the show, "The Game" and for his recurring role on "Accidentally on Purpose".

Born in Brockton, Massachusetts on February 8, 1977, Hall's birth name is Marion H. Hall, Jr. He has been active in the entertainment industry since 2001 and is best known for his roles on The Game, Jumping the Broom, and Ray Donovan. He attended Brockton High School as well as the University of Massachusetts Dartmouth. He began working with the Dartmouth Theatre Company. He is currently married to Linda Hall and has three children by the names of Djanai, Djaeda, and Djordan. He works as a realtor in California and has appeared in over 21 film and television productions. He made his film debut in 2001 on Lift. 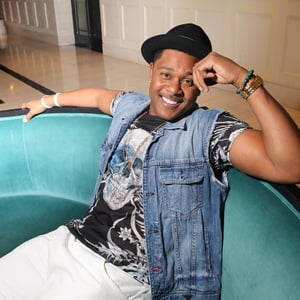