Pippa Scott net worth: Pippa Scott is an American actress who has a net worth of $50 million. Pippa Scott was born in Los Angeles, California in November 1935. She has more than 80 acting credits to her name starting in 1955. In 1976 she starred as Maggie Hearn on the television series Jigsaw John.

Pippa Scott has also had recurring roles on the TV series Mr. Lucky and The Virginian. She also starred in several films including The Searchers, Auntie Mame, As Young as We Are, My Six Loves, Quick, Let's Get Married, Petulia, Some Kind of a Nut, Cold Turkey, and Bad Ronald. Since 1977 she has appeared in the movies The Sound of Murder, Footprints, and Automotive. She wrote, produced, and directed the 2006 film King Leopold's Ghost which won her Best Documentary Film at the Santa Barbara International Film Festival. She was married to producer Lee Rich from 1964 to 1983. Lee Rich was the co-founder and chairman of Lorimar Television which was an extremely successful television, movie and music production studio. He left Lorimar in 1986 and then ran MGM as chairman and CEO for two years. At his peak, Lee Rich was worth over $200 million. 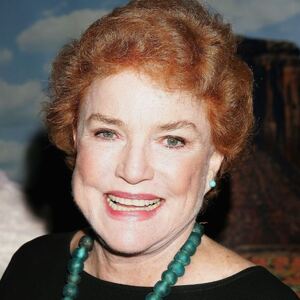