Pihla Viitala Net Worth: Pihla Viitala is a Finnish actress who has a net worth of $4 million. Born in Helsinki, Finland, in 1982, Pihla Viitala enrolled at the Theatre Academy Helsinki to study acting. She made her acting debut in 2007, in TV movie "Sanaton sopimus" and film "Ganes". She has worked consistently since her debut, appearing as Sara in "Jungle of Dreams" and Miina Malin in "Tears of April" in 2008.

Viitala scored three movie roles in 2009: "Hellsinki", "Pihalla", and "Reykjavik Whale Watching Massacre". In 2010, she appeared as Tilda in "Bad Family" and Anna in "The Hustlers". One year later, Viitala scored a part in "Red Sky" and another in "Elokuu" before appearing in 2012's "Must Have Been Love" as Helmi and 2013's "Hansel and Gretel: Witch Hunters" as Mina. She's held several TV roles over the years, including appearing on four episodes of "Lemmenleikit" as Janina Lundberg in 2008 and two episodes of "Projectors" as Leena. She had a seven-episode part on "Hellifjord" in 2013 and has also appeared on "Ihmebantu", "Our Little Brother", and "Mustat lesket". She is the 2010 winner of the Shooting Star Award. Viitala was married to her husband, Finnish musician Kerkko Klemetti Koskinen, from 2004 until their divorce in 2008. 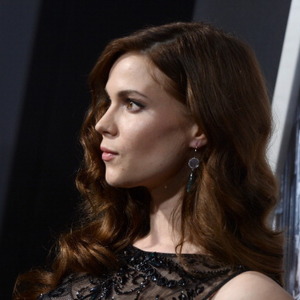