What is Pia Zadora's net worth?

Pia Zadora is an American actress and singer who has a net worth of $25 million dollars. Pia Zadora got her start in the 1960s as a child star on stage, and then in the film "Santa Claus Conquers the Martians." She achieved national recognition in 1982 for her role in the critically derided crime drama "Butterfly," for which she won both Golden Globe and Golden Raspberry Awards. After her film career failed to take off, Zadora transitioned to music, releasing a number of albums comprised of popular standards.

Pia Zadora was born as Pia Alfreda Schipani in 1953 in Hoboken, New Jersey. Her mother, Saturnina, was a Polish-American wardrobe supervisor for major theatrical and music productions, while her father, Alphonse, was an Italian-American violinist. Taking part of her mother's maiden name as her stage name, Zadora appeared as a child actress in "Midgie Purvis" alongside Tallulah Bankhead. She was also in the shows "A Gift of Time" and "We Take the Town." From 1964 to 1966, she played the youngest sister in "Fiddler on the Roof" on Broadway.

In 1964, Zadora made her acting debut on film in the science-fiction comedy "Santa Claus Conquers the Martians," playing a young Martian girl. Later, after failing to make much headway in movies, Zadora appeared in print and television commercials for the wine brand Dubonnet.

Zadora's greatest public attention came in 1982, when she starred opposite Stacy Keach and Orson Welles in "Butterfly," an adaptation of the eponymous James M. Cain novel. Zadora also contributed to the film's musical score, singing the track "It's Wrong for Me to Love You." Although her performance was widely panned, Zadora won that year's Golden Globe Award for Best New Star of the Year. However, allegations came out claiming that her husband had purchased the award through a ubiquitous promotional campaign, which included large billboards on Sunset Boulevard. The bad press and controversies led to Zadora winning the Golden Raspberry Awards for Worst Actress and Worst New Star, "honors" given for the very same performance that garnered her the Golden Globe.

Later in 1982, Zadora starred alongside Telly Savalas and Desi Arnaz Jr. in the women-in-prison comedy "Fake-Out," also released as "Nevada Heat." The next year, she appeared in the film adaptation of Harold Robbins' novel "The Lonely Lady," playing an aspiring screenwriter who finds success after surviving a sexual assault. For her performance, Zadora garnered yet another Golden Raspberry Award for Worst Actress. She next starred as the object of an extraterrestrial's affections in the musical comedy "Voyage of the Rock Aliens," released in 1984. Later, in 1988, she appeared as a beatnik in the John Waters comedy "Hairspray," starring Divine, Ricki Lake, Debbie Harry, and Sonny Bono. Zadora subsequently made comedic appearances as herself in "Troop Beverly Hills" and "Naked Gun 33 ⅓: The Final Insult," in which she sang "This Could Be the Start of Something Big" during the film's climax at a parody Academy Awards ceremony. 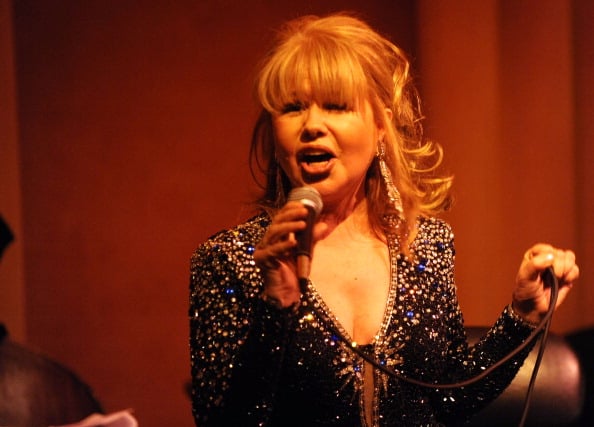 Zadora ultimately gained greater critical success as a singer than as an actress. Her cover of Shirley Ellis' "The Clapping Song," which she recorded for her film "The Lonely Lady," hit the top 40 on the Billboard Hot 100 in 1983. The next year, she had a hit duet with Jermaine Jackson called "When the Rain Begins to Fall," recorded for her film "Voyage of the Rock Aliens." In 1985, Zadora earned a Grammy Award nomination for Best Female Rock Vocal Performance for the song "Rock it Out." Also that year, she released the standards album "Pia & Phil," and in 1986, released a follow-up called "I Am What I Am." Among Zadora's other albums are "Let's Dance Tonight," "When the Lights Go Out," "Pia Z," and "All Or Nothing At All," released in 2020.

In 2011, Zadora attempted a modest comeback with her cabaret show "Pia Zadora: Back Again, and Standing Tall." She performed the show in Palm Beach Gardens and Boca Raton, Florida, and then took it to San Francisco for five performances. The following year, she performed in Palm Desert, California with the Desert Symphony Orchestra. Since 2013, Zadora has been hosting and performing "Pia's Place" at the Las Vegas eatery Piero's Italian Cuisine.

At the age of 23 in 1977, Zadora wed 54-year-old businessman Meshulam Riklis, whom she had met while touring with a musical production. Together, they had two children: Kady, named after Zadora's character in "Butterfly," and Kristofer. In 1988, the pair bought Pickfair Manor, a historic Beverly Hills mansion, from Los Angeles Lakers owner Jerry Buss; the transaction came out to around $7 million. Afterward, the estate was torn down, and a new 25,000-square-foot residence was built in its place. Zadora and Riklis divorced in 1993, with the former staying in the mansion until 2006.

In 1995, Zadora married writer-director Jonathan Kaufer, with whom she had one son, Jordan. The couple divorced in 2001. Later, in 2005, Zadora wed Las Vegas Metropolitan Police Department detective Michael Jeffries; they reside in Summerlin, Nevada.

Following an altercation with her son Jordan in 2013, Zadora was charged with coercion and domestic violence battery. A SWAT team surrounded her home, and she was subsequently jailed. Zadora had admitted to consuming alcohol before the altercation occurred, and was later ordered by the judge to attend impulse control counseling. 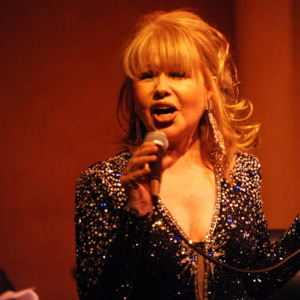