Phyllis Smith Net Worth and Salary: Phyllis Smith is an American actress and former casting associate who has a net worth of $4 million. Smith is best known for playing Phyllis Lapin-Vance on the NBC series "The Office" (2005–2013), and she voiced Sadness in the computer-animated Disney film "Inside Out" (2015). Phyllis has also appeared in the films "Bad Teacher" (2011), "Butter" (2011), and "Barb and Star Go to Vista Del Mar" (2021), and she had a recurring role as Betty Broderick-Allen on the Netflix series "The OA" (2016–2019).

Early Life: Phyllis Smith was born on July 10, 1951, in St. Louis, Missouri. She grew up in The Hill neighborhood with eight siblings, and she began taking ballet lessons at age 7, then added tap and jazz as well. Phyllis attended Cleveland High School, and after graduating in 1968, she enrolled at the University of Missouri–St. Louis and earned an elementary education degree in 1972, despite receiving full dance scholarships from Tulsa University and Kansas University. After college, Smith was a cheerleader for the St. Louis Cardinals NFL team and worked as a dancer and burlesque performer. She studied with Marjorie Mendolia and taught classes at her dance studio, and she joined the St. Louis Civic Ballet and St. Louis Dance Theatre, eventually working under Raoul Appel as a professional jazz dancer. Phyllis later toured the U.S. with the Able's Baggy Pants Burlesque vaudeville show and the Mercer Brother's Giggles Galore show. She quit dancing after injuring her knee, then had a very brief stint (three hours) as a telemarketer.

Career: Smith was an extra in the 1980 film "Caddyshack," and she had an uncredited role as the narrator in 1991's "The Princess and the Goblin." She worked as a casting assistant on the 1992 television film "A Taste for Killing" and served as a casting associate on the series "Dr. Quinn, Medicine Woman" (1994–1997) and the "Roswell" pilot (1999). Phyllis began working with casting director Allison Jones and was a casting associate on "Spin City" (2000–2002) and "Curb Your Enthusiasm" (2005). While working as assistant casting director on "The Office," she impressed the executive producers so much with her line readings during pilot testing that they decided to create a role for her. Smith became a series regular and appeared in 186 episodes over nine seasons as well as the web series "The Office: The Accountants" (2006) and "The Office: The Outburst" (2008). Before starring on "The Office," Phyllis guest-starred on "Arrested Development" (2005) and had an uncredited role in "The 40-Year-Old Virgin" as Mrs. Stitzer, the mother of Andy Stitzer, who was played by her "Office" castmate Steve Carell; her scenes did not make the final cut of the film. 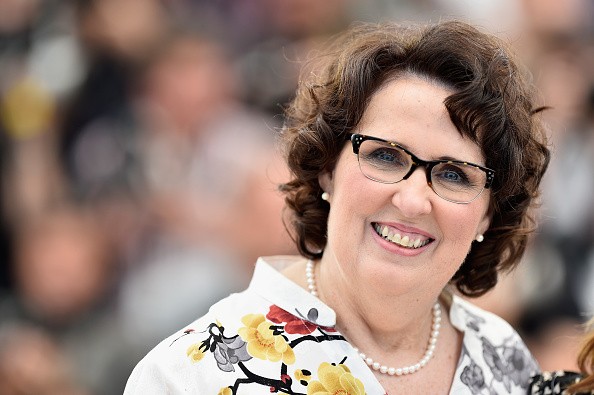 Smith appeared in the 2006 film "I Want Someone to Eat Cheese With," and in 2011, she co-starred with Cameron Diaz and Justin Timberlake in "Bad Teacher," appeared in "Butter" alongside Jennifer Garner, Ty Burrell, Olivia Wilde, Rob Corddry, Alicia Silverstone, and Hugh Jackman, and played a flight attendant in "Alvin and the Chipmunks: Chipwrecked." She voiced Sadness in 2015's "Inside Out," which grossed $858 million at the box office, and reprised her role in the short film "Riley's First Date?" and the video game "Disney Infinity 3.0," which were also released that year. Phyllis has guest-starred on "Trophy Wife" (2013) and "The Middle" (2014), and from 2016 to 2019, she appeared in 12 episodes of "The OA." In 2021, she co-starred with Kristen Wiig and Annie Mumolo in the comedy "Barb and Star Go to Vista Del Mar."

Awards and Nominations: "The Office" cast earned seven Screen Actors Guild Award nominations for Outstanding Performance by an Ensemble in a Comedy Series, winning in 2007 and 2008, and the series received a Gold Derby Award for Ensemble of the Year in 2007 and a Future Classic Award at the 2008 TV Land Awards. "Inside Out" earned Smith an Annie Award for Outstanding Achievement in Voice Acting in an Animated Feature Production, an Indiana Film Journalists Association Award for Best Vocal/Motion Capture Performance, and an Online Film & Television Association Award nomination for Best Voice-Over Performance. The "Inside Out" cast received two Behind the Voice Actors Awards for Best Vocal Ensemble in a Feature Film (the Feature Film Voice Acting Award and People's Choice Voice Acting Award), and Phyllis was nominated for Best Female Lead Vocal Performance in a Feature Film. 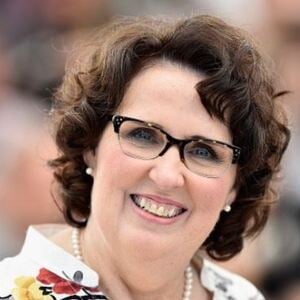