Phyllis George net worth: Phyllis George was an American businesswoman, actress, sportscaster, and beauty pageant winner. Phyllis George had a net worth of $100 million at the time of her death. Phyllis died on May 14, 2020 at the age of 70. During her life she won the Miss America pageant, was the first lady of Kentucky, launched and sold a business and was a pioneering female sportscaster.

Phyllis George was born in Denton, Texas in June 1949. She was Miss Texas 1970 and Miss America 1971. While reigning as Miss America she made many talk show appearances including The Tonight Show Starring Johnny Carson. She also co-hosted "Candid Camera" and returned to Miss America as the pageant's host. In 1975, CBS hired Phyllis to host NFL Today alongside Brent Musburger and Irv Cross. She stayed with the show over three NFL seasons, returned in 1980 and left in 1983. She was noted for her one-on-one interviews with star athletes of the era such as Roger Staubach and Joe Namath.

She became an anchor for CBS Morning News in 1985 but quit after less than a year. During this brief stint she still managed to land some extremely noteworthy interviews, including first lady Nancy Regan.

Personal Life: In the mid 1970s, Phyllis was briefly married to film producer Robert Evans. In 1979 she married entrepreneur John Y. Brown, Jr., a major investor in Kentucky Fried Chicken and owner of the Boston Celtics NBA franchise. Soon after their wedding John was elected Governor of Kentucky, so Phyllis served as Kentucky's first lady from 1979 to 1983.

John Y. Brown became interested in the fast food restaurant thanks to his first wife who ran a BBQ joint. In 1963 he met Colonel Harland Sanders, the founder of Kentucky Fried Chicken. With fellow investor Jack C. Massey, Brown bought the rights to KFC from the Colonel in 1964 for $2 million, the equivalent of $17 million in today's dollars. Brown and Massey pivoted the chain into a fast food model and expanded to more than 1,500 locations around the country. John Y. Brown sold his stake in the company for $284 million in 1971. That's the same as around $1.8 billion in today's dollars.

Business Interests: In 1986 Phyllis herself jumped into the chicken business when she founded Chicken by George, a company that produced chicken fillets. She sold the company to Hormel Foods two years after launching for an undisclosed amount. In 1991 she was awarded the Celebrity Women Business Owner of the Year.

In 2003 she founded Phyllis George Beauty, a marketer of cosmetics and skincare products sold through HSN.

During her life Phyllis George wrote or co-authored five books. 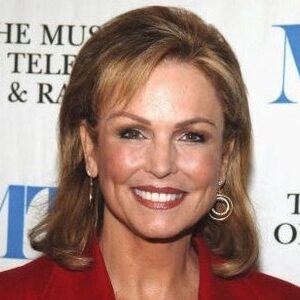