What is Phoebe Waller-Bridge's Net Worth and Salary?

Phoebe Waller-Bridge is an English actress and writer who has a net worth of $25 million. She is perhaps best known for creating, writing, and starring in the hit sitcom "Fleabag," which ran from 2016 to 2019. She also acted as the showrunner, head writer, and executive producer of "Killing Eve," which aired in 2018. Both of these shows have received widespread critical praise, with some even calling them some of the best television series ever created. As a result of this success, Waller-Bridge is now considered one of the most influential figures in the entertainment industry.

Phoebe is also known for writing, creating, and starring in the comedy series "Crashing." As an actress, she has booked roles in series like "The Cafe" and "Broadchurch." In terms of her film work, she is known for movies like "Albert Nobbs," "The Iron Lady," "Goodbye Christopher Robin," and "Solo: A Star Wars Story." In 2021, she helped write the screenplay for the James Bond movie "No Time to Die."

Phoebe Mary Waller-Bridge was born on July 14th of 1985 in West London. She was raised in a highly aristocratic family. Her father, Michael Cyprian Waller-Bridge, founded the well-known electric trading platform Tradepoint. Her mother, Theresa Mary, is the daughter of Sir John Edward Longueville Clerke, 12th Baronet, employed by the Worshipful Company of Ironmongers. Her family became landed gentry in Sussex after serving as soldiers and clergymen. Phoebe's father was Cyprian Waller-Bridge, a well-known actor and BBC announcer. She is also descended from Revd Sir Egerton Leigh, 2nd Baronet, and a distant relative of the politician and writer Egerton Leigh.

She was raised in the West London district of Ealing alongside two siblings. Phoebe's parents eventually became divorced, and she attended an all-girls Catholic School. After attending DLD College London, she attended the prestigious Royal Academy of Dramatic Art and studied acting. She has stated that she was religious during her childhood, but she has since become an atheist.

Phoebe started her career in theatre, gaining her first credits in 2007. During this period, she co-founded her own theatre company called the DryWrite Theatre Company. To this day, she and co-founder Vicky Jones act as co-artistic directors. In 2009, she performed in "Roaring Trade" at the Soho Theatre. That year, she also performed in "Rope" at the Almeida Theatre. In 2011, she performed in the play "Hayfever." In 2012, Phoebe followed up with another role in "Mydidae."

It was at this point that Waller-Bridge wrote the play that would eventually become the sitcom "Fleabag." When the show was produced, she also starred in the series. However, "Fleabag" actually started as a play that was performed at the London Storytelling Festival in 2012. The full version of that play then premiered in 2013 at the Edinburgh Fringe Festival. Over the next few years, Waller-Bridge continued to write plays like "Good. Clean. Fun" while performing new stage productions of "Fleabag" up until 2019.

In 2009, Waller-Bridge turned her attention towards film and television for the first time – mostly guest-starring in TV sitcoms and dramas. In 2011, she booked a role in the film "The Night Watch." In 2013, she appeared in series like "Bad Education" and "Coming Up." In 2014, Phoebe booked another role in the series "Blandings." Recurring roles soon followed over the next few years with series like "The Cafe." This role continued until 2013, and in 2015 she booked another recurring role in "Broadchurch." 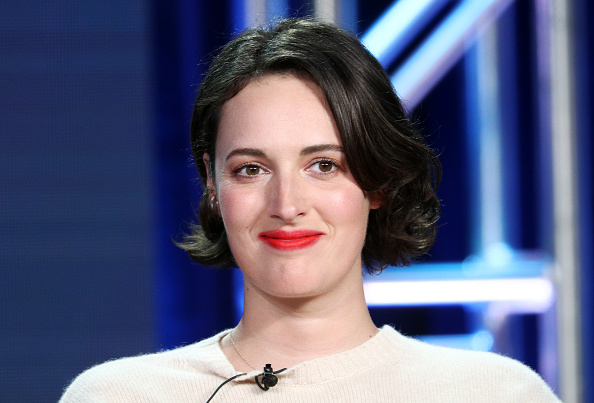 In 2011, she made her feature film debut with "Albert Nobbs" – quickly followed by "The Iron Lady." During this period, she also established herself as a voice actress, appearing in a number of BBC Radio plays. Her other voice work includes narration for various films. In 2016, Waller-Bridge wrote the script for the TV adaptation of her earlier play, "Fleabag." She also wrote the sitcom "Crashing" during this period and starred in both shows. "Fleabag" resulted in considerable critical acclaim, with Phoebe winning number awards, honors, and accolades.

In 2018, she booked one of her biggest Hollywood roles yet, playing droid L3-37 in "Solo: A Star Wars Story." The film ended up losing Disney "tens of millions of dollars" due to its high budget of $300 million and its box-office earnings of just over $393 million. It also received mixed reviews. Over the next few years, Phoebe wrote and produced series like "Killing Eve," and she executive-produced the series "Run," in which she starred as well. In 2019, Waller-Bridge wrote the screenplay for the Bond film "No Time to Die."

Phoebe married Irish filmmaker and presenter Conor Woodman in 2014, but the relationship ended in divorce by 2017. One year later, she began a relationship with playwright Martin McDonagh.

Phoebe Waller-Bridge has supplemented her acting income with a number of voice roles in various TV advertisements. These advertisements were for brands like Gordon's Gin, Tropicana, Travel Republic, and many others.

In 2019, it was widely reported that Waller-Bridge had signed a $20-million development deal with Amazon Studios, although her representative quickly dismissed these reports as "purely speculative." This deal would reportedly pay her $20 million each year to create and produce new content for the Amazon Prime streaming service.

In 2021, it was reported that Phoebe had purchased a 5.2-million-pound home in London. The four-bedroom, Victorian house features a gym, a large bar area, marble fireplaces, French doors, an outdoor fireplace, a hot tub, a pond, and a marble kitchen. It also neighbors a wildlife conservation area, giving her plenty of privacy and quiet. She currently lives in the Shoreditch area in Hackney, London. 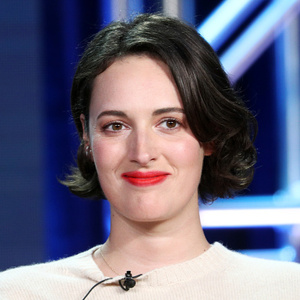