Phoebe Nicholls Net Worth: Phoebe Nicholls is an English actress who has a net worth of $3 million. Phoebe Nicholls was born in London, England, United Kingdom in April 1957. Phoebe trained at the Central School of Speech and Drama. Her first film role came in the 1964 movie The Pumpkin Eater.

In 1981 Nicholls starred as Cordelia Flyte in the TV mini-series Brideshead Revisted. She has starred in the films Dr. Terror's House of Horrors, Out Mother's House, Women in Love, The Insomniac, The Elephant Man, The Missionary, Party Party, Ordeal by Innocence, Maurice, Gentry, Persuasion, FairyTale: A True Story, and The Scapegoat. She has also appeared in episodes of the TV series Van der Valk, Telford's Change, Bless Me Father, BBC2 Playhouse, Tales of the Unexpected, All for Love, Screen Two, 4 Play, Kavanagh QC, Ruth Rendell Mysteries, I'm Alan Partridge, Midsomer Murders, Prime Suspect 6: The Last Witness, Foyle's War, The Brief, Spooks, Lewis, Downton Abbey, and New Tricks. She is scheduled to star as Doctor Allerdyce in the TV series Fortitude in 2014. Phoebe married Brideshead Revisted director Charles Sturridge in 1985 and the couple has three children together. Their children Tom and Matilda Sturridge are also actors. 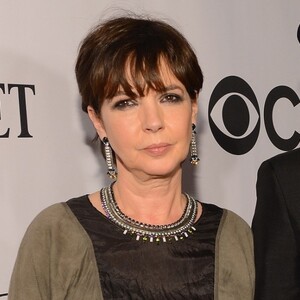