What Is Phoebe Cates' Net Worth?

Phoebe Cates is an American actress, model, and entrepreneur who has a net worth of $35 million. That is a combined net worth with her husband of more than three decades, fellow actor Kevin Cline. Phoebe is best known for playing Linda Barrett in "Fast Times at Ridgemont High" (1982), Kate Beringer in "Gremlins" (1984) and "Gremlins 2: The New Batch" (1990), and Elizabeth "Lizzie" Cronin in "Drop Dead Fred" (1991). Cates also appeared on Broadway in a 1989 production of Paddy Chayefsky's "The Tenth Man."

Phoebe Cates was born Phoebe Belle Cates on July 16, 1963, in New York City. Her mother, Lily, was born in China, and her father, Joseph (whose original surname was Katz), was a Broadway and television producer who was involved in the creation of the game show "The $64,000 Question." Phoebe grew up with older sister Valerie and younger sister Alexandra, and she attended the Professional Children's School and the prestigious Juilliard School. Cates began modeling at age 10 and appeared in teen magazines such as "Seventeen." A few years later, she decided that she wanted to focus on dance, and she earned a scholarship to the School of American Ballet but had to drop out after injuring her knee at age 14. Phoebe said of her modeling career, "It was just the same thing, over and over. After a while I did it solely for the money."

After becoming dissatisfied with modeling, Cates decided to try acting, and she made her film debut in 1982's "Paradise." Though she was initially uncertain about the job because it required nudity, her father encouraged her to do the movie, telling her, "What are you going to do, model for the rest of your life? What are you so hung up on nudity for?" Besides starring in the film, Phoebe also sang the theme song and recorded an album entitled "Paradise." Cates alleged that producers of the movie filmed naked close-ups of her character using a body double without her permission, and she refused to do any promotion for the movie. Her second film was 1982's "Fast Times at Ridgemont High," in which she was responsible for what "Rolling Stone" magazine described as "the most memorable bikini-drop in cinema history." In 2005, the Library of Congress selected the film for preservation in its National Film Registry for being "culturally, historically, or aesthetically significant." In 1983, Phoebe appeared in the film "Private School" and the TV movie "Baby Sister," and she performed the songs "How Do I Let You Know" and "Just One Touch" on the "Private School" soundtrack. 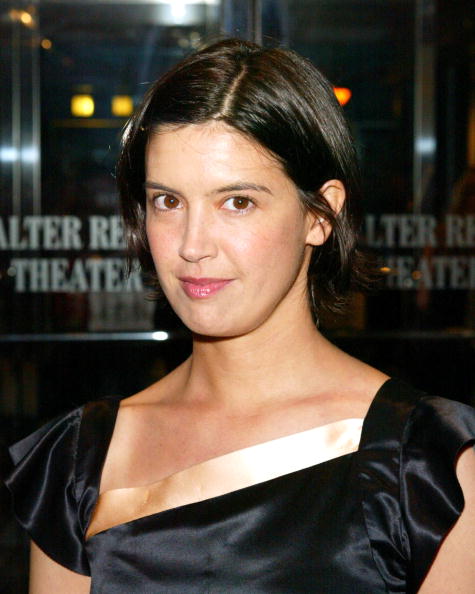 In 1984, Cates starred in the horror-comedy "Gremlins" and the miniseries "Lace." "Gremlins" grossed $212.9 million at the box office, and Phoebe reprised the role of Kate Beringer in 1990's "Gremlins 2: The New Batch" and the 2015 video game "Lego Dimensions." She then appeared in the miniseries "Lace II" (1985), the films "Date with an Angel" (1987), "Bright Lights, Big City" (1988), "Shag" (1989), and "Heart of Dixie" (1989), and the TV movie "Largo Desolato" (1990). In 1991, Cates played Elizabeth "Lizzie" Cronin in the black comedy "Drop Dead Fred," then she appeared in 1993's "Bodies, Rest & Motion" and "My Life's in Turnaround." She was cast as Steve Martin's daughter in 1991's "Father of the Bride," but she dropped out after she became pregnant with her first child. In 1994, Phoebe played the title role in the film "Princess Caraboo" alongside her husband, Kevin Kline, then she did not appear in another movie until 2001's "The Anniversary Party," which she did as a favor to her friend Jennifer Jason Leigh, the film's director. In a 1998 interview, Kline stated of Cates' decision to step away from acting, "We have agreed to alternate so that we're never working at the same time … (but) whenever it's been her slot to work, Phoebe has chosen to stay with the children."

Phoebe shared a Greenwich Village apartment with her boyfriend, Stavros Merjos, in the early '80s. In 1983, while auditioning for a role in "The Big Chill," Cates met actor Kevin Kline. They were both involved with other people when they first met, but two years later when they were both single again, they began a relationship. Phoebe and Kevin married on  March 5, 1989, and they welcomed son Owen on October 14, 1991, and daughter Greta on March 21, 1994. The entire family appeared together in the 2001 film "The Anniversary Party," and Owen went on to became a writer, director, and actor; Greta is a singer-songwriter and musician. In 2005, Cates opened the Blue Tree boutique on NYC's Madison Avenue. 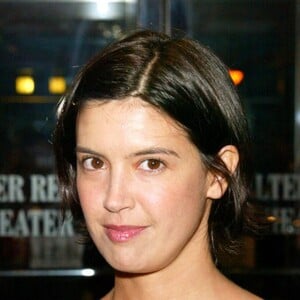