Early Life: Born on July 23, 1967, in Fairport, New York, Philip Seymour Hoffman established himself as one of the strongest stage and film actors of his generation. His mother Marilyn O'Connor worked as an elementary school teacher before becoming a lawyer and family court judge. His father Gordon Stowell Hoffman was a native of Geneva, New York and worked for the Xerox Corporation. His parents divorced when Hoffman was nine and he and his three siblings were raised mostly by his mother. Growing up, Hoffman was passionate about sports, particularly wrestling and baseball. At age 12, Hoffman saw a stage production of Arthur Miller's "All My Sons" and was immediately bitten by the acting bug. He developed an intense love for the theater and attended regularly with his mother, a lifelong enthusiast. At the age of 14, Hoffman suffered a neck injury that forced him to give up sports, and he joined his school's drama club. At 17, Hoffman was selected to attend the 1984 New York State Summer School of the Arts in Saratoga Springs. He applied for several drama degree programs and was accepted to NYU's Tisch School of the Arts, where he supported himself by working as an usher. In school, he co-founded with friends the Bullstoi Ensemble acting troupe and received a drama degree in 1989.

Early Career: Hoffman worked in off-Broadway theater and customer service jobs after graduating college. He started his acting career in 1991 when he made his screen debut in an episode of "Law & Order." His first cinema role came the next year in the independent film "Triple Bogey on a Par Five Hole." After this, he added his grandfather's name, Seymour, to his name to avoid confusion with another actor. He then landed more small roles in productions of movies like "My New Gun" and "Leap of Faith" starring Steve Martin. Following these roles, he gained some attention when he appeared in a minor role in the Oscar-winning Al Pacino film "Scent of a Woman" in 1992. He went through five auditions to land the role, which earned $134 million worldwide. It was at this time that he was able to quit his job at a local deli to become a professional actor. His next roles were in the films "Joey Breaker," "My Boyfriend's Back", "Money for Nothing", and "The Getaway."

In 1995, he joined the LABryinth Theater Company of New York City, where he managed to bring back theater-trained sensibilities, and a fearless approach to some of cinema's most uncomfortably realistic portrayals that coped with dark human urges, addictions, and moral conflicts. His focus remained on theater that year as he appeared in multiple productions and only appeared in one short film. In 1996, he appeared at the Joseph Papp Public Theater and was subsequently cast by Paul Thomas Anderson to appear in Anderson's debut feature film "Hard Eight." In 1997, he appeared in one of the year's biggest blockbusters and what would become one of his most iconic roles, "Twister", alongside Helen Hunt and Bill Paxton.

Success: Hoffman made his major breakout with an Oscar-winning lead as the famed author in "Capote" (2005). Portraying Capote was highly physically demanding, requiring significant weight loss and months of research watching video clips of Capote to help him affect his persona. For his work in the film, he won an Oscar, a Golden Globe, a BAFTA, a Screen Actors Guild Award, and various other critics' awards. The same year, Hoffman received an Emmy nomination for his supporting role in the HBO miniseries "Empire Falls." He appeared in the summer blockbuster "Mission: Impossible III" opposite Tom Cruise. The film grossed $400 million USD and thrust Hoffman into the mainstream spotlight.

He went on to receive three more Academy Award nominations for his supporting work in "Charlie Wilson's War" (2007), "Doubt" (2008), and "The Master" (2012). In 2008, his role in Charlie Kaufman's "Synecdoche, New York"  garnered him even further critical acclaim. His standout supporting turns in "Moneyball" (2011) and "The Ides of March" (2011) only further solidified Hoffman's standing as one of the best and most versatile actors working in Hollywood. Hoffman made his final stage appearance in 2012 when he appeared as Willy Loman in "Death of a Salesman" on Broadway. It ran for 78 shows and was the highest-grossing show in the Ethel Barrymore Theater's history. He earned his third Tony Awards nomination for his performance. That same year, he appeared in "A Late Quartet" alongside Christopher Walken. In 2013, he joined the "Hunger Games" series in its second film, "Catching Fire." Hoffman also appeared in "Mockingjay — Part 1", which premiered nine months after his 2014 death. At the time of his death, he was filming "Mockingjay — Part 2." His two remaining scenes he had not filmed yet were rewritten to account for his absence. The film was released in November 2015. 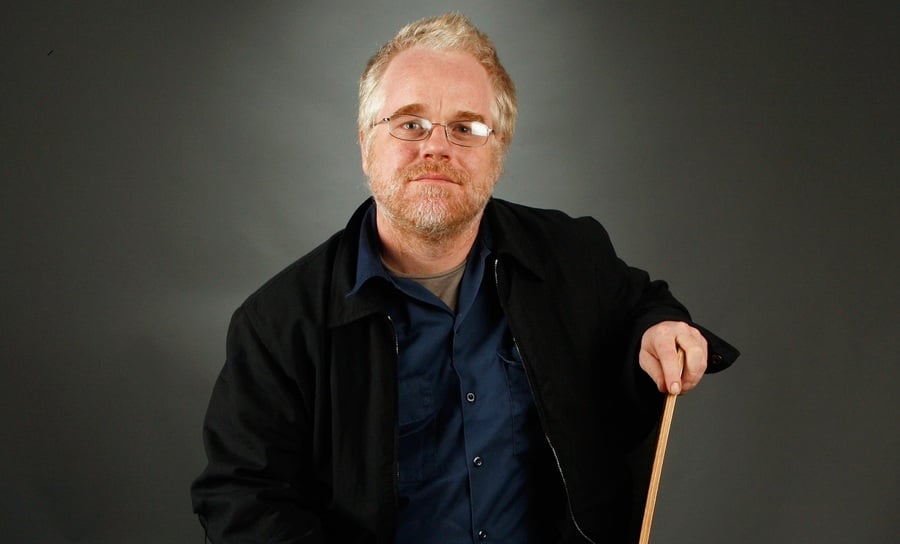 In addition to earning a reputation as a hard-working actor, Hoffman also pursued a successful career as a director. He was preparing for his second directorial effort "Ezekiel Moss", starring Amy Adams and Jake Gyllenhaal, at the time of his death. He had also filmed a pilot episode of Showtime's "Happyish".

Personal Life: Hoffman was notoriously private and rarely talked about his personal life in interviews. He was in a relationship with costume designer Mimi O'Donnell for 14 years and the two had a son and two daughters together. They separated in 2013 but remained committed to co-parenting their children.

Hoffman revealed in 2006 that he had battled a drug addiction in college and had entered a drug rehab program after college, at age 22, and had remained sober for 23 years. He relapsed in 2013 and admitted himself to rehab for ten days in May that year. Less than a year later, on February 2, 2014, Hoffman was tragically found dead at age 46 in the bathroom of his Manhattan apartment. He was found with a syringe in his arm and there was heroin and prescription drugs at the scene. Hoffman's death was ruled an accidental overdose. Hoffman left his roughly $25 million fortune to Mimi O'Donnell, trusting her to distribute money to their children. 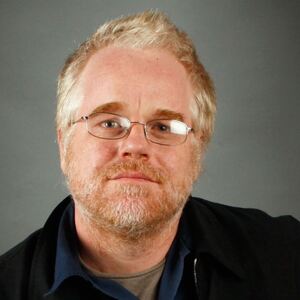