Phil Daniels net worth: Phil Daniels is an English actor who has a net worth of $3 million. He is best known for starring in several films and TV series including EastEnders.

Phil Daniels was born in Islington, London, England in October 1958. He was featured on the Blur single "Parklife". Daniels made his debut in the 1972 film Anoop and the Elephant. From 2000 to 2002 he starred as Terry Brook on the television series Time Gentlemen Please. From 2006 to 2008 Daniels starred as Kevin on the TV series EastEnders. He has had recurring roles on several TV series including The Molly Wopsies, 4 Idle Hands, Raven, The Pickwick Papers, Sunnyside Farm, Holding On, Sex, Chips & Rock n' Roll, Outlaws, and more. Phil Daniels has appeared in several films including Vinyl, Freebird, Goodbye Charlie Bright, Still Crazy, The Bride, Billy the Kid and the Green Baize Vampire, Meantime, Breaking Glass, Zulu Dawn, Quadrophenia, Scum, The Class of Miss MacMichael, Bugsy Malone, and more. 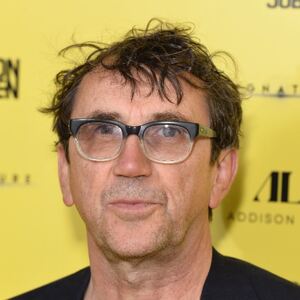