Peyton List Net Worth: Peyton List is an American actress and model who has a net worth of $7 million. Peyton is best known for appearing in television series such as "Jessie" (2011–2015), "Bunk'd" (2015–2018), and "Cobra Kai" (2019–present). List has more than 50 acting credits to her name, including the films "The Sorcerer's Apprentice" (2010), "Something Borrowed" (2011), and "Paper Spiders" (2020). She also starred as Holly Hills in 2011's "Diary of a Wimpy Kid: Rodrick Rules" and 2012's "Diary of a Wimpy Kid: Dog Days," and she directed the 2018 "Bunk'd" episode "Game of Totems." Peyton began modeling as a child, and she has appeared in more than 400 advertisements. When she was starring on Disney Channel shows, List was a member of the Disney Channel Circle of Stars, a music group that performs covers of Disney songs.

Early Life: Peyton List was born Peyton Roi List on April 6, 1998, in Florida. She grew up with mother Suzanne, father John, and her siblings, twin brother Spencer and younger brother Phoenix, are also actors. Peyton attended The Carroll School (P.S. 58) and the New Voices School for Academic and Creative Arts (M.S. 443) in New York City, then she graduated from California's Oak Park High School in 2016.

List co-hosted "Pass the Plate" on the Disney Channel from 2013 to 2014, and in 2016, she starred as Ellie O'Brien in the Disney Channel Original Movie "The Swap" and appeared in the science-fiction thriller "The Thinning." She also starred in the 2018 sequel, "The Thinning: New World Order." Peyton appeared in "The Outcasts" (2017) and "Anthem of a Teenage Prophet" (2018), and she co-starred with Asa Butterfield, Maisie Williams, Nina Dobrev, David Koechner, and Ken Jeong in 2018's "Then Came You." That year she also released her debut single, "Liar Liar," and from 2018 to 2019, she starred as Olivia Richmond on Hulu's "Light as a Feather." In 2019, List voiced Barbara Gordon / Batgirl in "Batman: Hush," served as a guest judge on "Project Runway All Stars," and landed a recurring role as Tory Nichols on the YouTube Red/Netflix series "Cobra Kai." 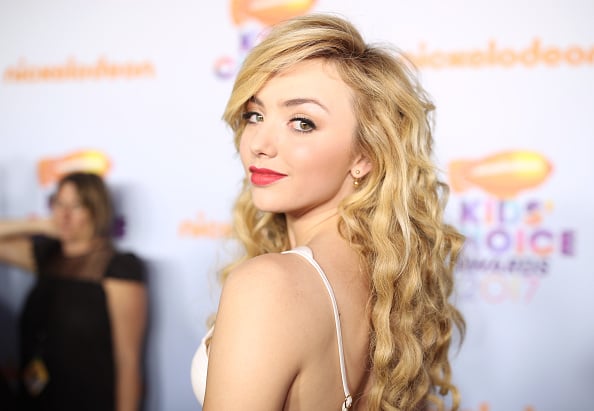 In 2020, Peyton appeared in the films "Valley Girl," "Paper Spiders," and "Swimming for Gold," co-starred with Adam Sandler, Julie Bowen, and Kevin James in "Hubie Halloween," and voiced Sabrina Spellman on "Robot Chicken." In March 2021, it was announced that List had been cast as serial killer Aileen Wuornos in the film "American Boogeywoman," a prequel to the 2003 Oscar-winning film "Monster." She said of the role, "We know so little of the early years of Aileen, especially given she was living a very different life to the one we see in 'Monster.' Embodying such a deeply complex and divisive character is what drew me to the project, and I can't wait to bring context to America's most infamous female serial killer." Peyton has also appeared on "Today" (2004), "The View" (2009), "Stars in the House" (2020), and "Ridiculousness" (2021), and she was a panelist on "Win, Lose or Draw" in 2014.

Personal Life: In 2017, Peyton began a relationship with her "Anthem of a Teenage Prophet" co-star Cameron Monaghan, who is best known for starring on the Showtime series "Shameless." In January 2019, Monaghan confirmed on social media that he and List were no longer together. Peyton was close friends with her "Jessie" co-star Cameron Boyce, and when he tragically passed away in 2019 after suffering a seizure, List stated on Instagram, "He lifted everyone around him, and inspired/pushed me to be a better person than I ever would've been without his guidance, patience, and love. Cameron, I love you with every ounce of me, and I thank you for the time I had with you, being in my life, and being my brother forever and always. There is a hole in my heart that will never heal left for you. I will never stop talking about you."

Awards and Nominations: In 2020, List was nominated for a Kids' Choice Award for Favorite Female TV Star for "Bunk'd," and Peyton and her castmates won a Young Entertainer Award for Best Young Ensemble – Television Series in 2018. The "Diary of a Wimpy Kid: Dog Days" cast won a Young Artist Award for Best Performance in a Feature Film – Young Ensemble Cast in 2013, and List and her "Paper Spiders" co-stars received a Festival Prize for Best Ensemble Cast at the 2020 Boston Film Festival. 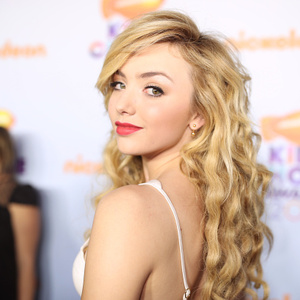