What is Peter Weller's Net Worth?

Peter Weller is an American actor, director, and history lecturer who has a net worth of $8 million. Peter Weller is best known for starring in the science-fiction action film "RoboCop" and its sequel "RoboCop 2." Among his many other credits, he starred in the films "The Adventures of Buckaroo Banzai Across the 8th Dimension," "Naked Lunch," and "The New Age," and appeared on the television series "24," "Dexter," and "Sons of Anarchy." Later in his career, Weller went back to school to earn master's and doctoral degrees in Italian Renaissance art history. Today Weller is one of the foremost experts on Roman and Renaissance art and history. He is a frequent contributor on The History Channel

Peter Weller was born on June 24, 1947 in Stevens Point, Wisconsin to Dorothy and Frederick. His father was a lawyer, federal judge, and US Army helicopter pilot. Because of his father's work in the Army, he spent much of his childhood abroad in West Germany. The family eventually settled in Texas, where Weller went to Alamo Heights High School. He subsequently attended North Texas State University, from which he graduated with a bachelor's degree in theatre. Following this, Weller went to the American Academy of Dramatic Arts, graduating in 1972.

Weller began his professional acting career on stage in the 70s. On Broadway, he appeared in Otto Preminger's "Full Circle" and William Inge's "Summer Brave," a revision of Inge's play "Picnic."

Weller made his feature film debut in 1979, portraying lawman Joe Lefors in the Western prequel film "Butch and Sundance: The Early Days." The following year, he starred alongside Ali MacGraw and Alan King in Sidney Lumet's comedy "Just Tell Me What You Want." This was followed by further starring roles in the drama "Shoot the Moon" and the horror film "Of Unknown Origin." In 1984, Weller starred as an abusive boyfriend in "Firstborn," and played the titular inter-dimensional polymath in the science-fiction film "The Adventures of Buckaroo Banzai Across the 8th Dimension." He next starred in the drama "A Killing Affair," directed by David Saperstein.

Weller starred in his most famous role in 1987, playing the titular Detroit police officer who becomes a cyborg in Paul Verhoeven's science-fiction action film "RoboCop." A huge success, the film spawned its own franchise; Weller reprised his role in the film's first sequel, 1990's "RoboCop 2." In between the first two "RoboCop" films, Weller starred in "Shakedown," "Leviathan," and "Cat Chaser." Following "RoboCop 2," he starred in the romantic comedy "Road to Ruin"; David Cronenberg's science-fiction film "Naked Lunch"; the action-adventure comedy "Fifty/Fifty"; and the neo-noir "Sunset Grill." Weller's other notable credits in the 90s include "The New Age," "Screamers," "Mighty Aphrodite," and "Top of the World." 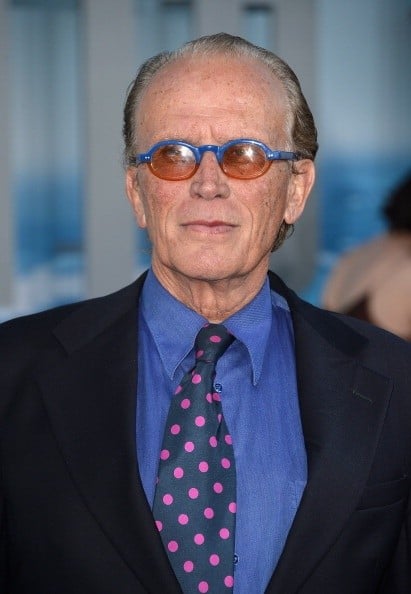 Kicking off the new millennium, Weller starred in "Shadow Hours," "Contaminated Man," and "Ivans Xtc." He went on to appear in such films as "Styx," "The Order," "Man of God," "Undiscovered," "The Hard Easy," "Prey," and "Dating Vietnam." In 2010, Weller appeared alongside Brian Presley, Taraji P. Henson, Ed Harris, and Amy Madigan in the crime film "Once Fallen." A couple years later, he played a police chief in the martial arts film "Dragon Eyes," starring Jean-Claude Van Damme and Cung Le. Weller also voiced the titular superhero in the direct-to-DVD animated film "Batman: The Dark Knight Returns." In 2013, he had a notable role as Starfleet Admiral Alexander Marcus in "Star Trek Into Darkness." Weller's subsequent credits have included "Skin Trade" and "Yamasong: March of the Hollows."

Weller first appeared on television in the 1973 made-for-TV movie "The Man Without a Country." He was in another television film, "The Silence," in 1975. Two years after that, he appeared in an episode of the CBS series "Lou Grant." In the 80s and early 90s, Weller appeared only in television films, with credits including "Kentucky Woman," "Apology," and "Rainbow Drive." Later in the 90s, he starred in the TV films "End of Summer" and "Tower of the Firstborn." Weller had his first main role on a regular series from 2002 to 2003, when he played a space shuttle commander on the science-fiction series "Odyssey 5." From 2005 to 2007, he hosted the History Channel show "Engineering an Empire." During that time, Weller played the recurring role of Christopher Henderson in the fifth season of the action drama series "24." He also played Captain Paul Gallico in a television film adaptation of "The Poseidon Adventure."

In 2010, Weller appeared in episodes of "Fringe" and "Psych," and had a recurring role in the fifth season of "Dexter." He had another recurring role from 2013 to 2014 in the sixth season of "Sons of Anarchy." Among his other television acting credits, Weller has appeared in episodes of such shows as "House," "The Mob Doctor," "Longmire," "Hawaii Five-0," "The Last Ship," and "MacGyver."

Beyond acting, Weller has been prolific as a director of television. In the 90s, he directed episodes of the NBC police drama series "Homicide: Life on the Street" and the CBS drama "Michael Hayes." His directing credits in the 00s include episodes of "Monk" and "Las Vegas." Weller has subsequently directed episodes of such series as "House," "Longmire," "Hawaii Five-0," "The Strain," "Under the Dome," "The Last Ship," "Tyrant," "Salem," "Game of Silence," "Shades of Blue," "MacGyver," "Mayans MC," and "Magnum P.I."

In the early 2000s, Weller returned to school to pursue a master's degree in Italian Renaissance art history at Syracuse University. He graduated in 2004. Weller went on to begin a doctoral program in the same field at UCLA in 2007; he earned his PhD in 2014.

Weller previously dated actress Ali MacGraw, his costar in the film "Just Tell Me What You Want," in the 80s. He later began a longterm relationship with actress Shari Stowe, whom he finally married in the summer of 2006. 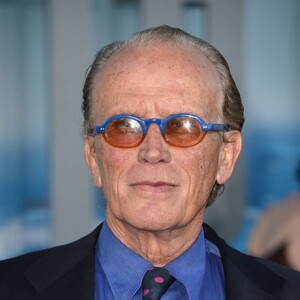