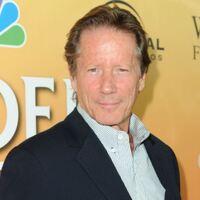 Peter Strauss Net Worth: Peter Strauss is an American actor who has a net worth of $5 million. Peter Strauss was born in Croton-on-Hudson, New York in February 1947. Strauss is best known for his roles in television mini-series in the 1970s and 1980s. Peter graduated from Northwestern University in 1969. His debut acting role came in the film Hail, Hero! in 1969. Strauss starred in the TV mini-series Rich Man, Poor Man in 1976 and Rich Man, Poor Man – Book II from 1976 to 1977. He starred in the mini-series The Antagonists in 1981 and Tender Is the Night in 1985. From 1996 to 1997 Strauss starred as Nicholas Moloney in the TV series Moloney. He starred as Dr. Isaac Braun in the series Body & Soul in 2002. From 2008 to 2010 he served as the narrator for the TV series State of the Union. Strauss has also appeared in Mary Tyler Moore, Hawaii Five-O, Barnaby Jones, The Incredible Hulk, Law & Order, Dirty Sexy Money, Royal Pains, and Law & Order: Special Victims Unit. He also voiced the role of Moses in the Kids' Ten Commandments series. Peter runs a successful citrus production business and is married to actress Rachel Ticotin.