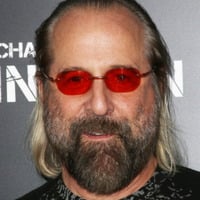 What is Peter Stormare's Net Worth?

Peter Stormare is a Swedish actor, director, playwright, and musician who has a net worth of $5 million. Peter Stormare is best known for his performances in such films as "Fargo," "The Big Lebowski," "Armageddon," and "Minority Report." On television, he is known for his role as John Abruzzi on "Prison Break." Stormare's other credits have included the films "Dancer in the Dark," "Birth," "Pain & Gain," and "John Wick: Chapter 2," among many other titles.

Peter Stormare was born as Rolf Peter Ingvar Storm on August 27, 1953 in Kumla, Sweden, and was raised in Arbrå. He decided to change his last name when he found out he shared it with another student at an acting academy he attended.

Stormare made his feature film debut in 1978 in the Swedish crime film "Lyftet." He next had a bit part in Ingmar Bergman's epic family drama "Fanny and Alexander." Stormare made his first appearance in an American film in 1990, when he played a neurochemist in the drama "Awakenings." He then returned to Swedish film with the acclaimed comedy "Freud's Leaving Home," and appeared in the Italian drama "Reflections in a Dark Sky." In 1992, Stormare was in Louis Malle's psychological thriller "Damage." Four years later, he had his breakthrough role in the Coen brothers' black comedy crime film "Fargo," playing taciturn hitman Gaear Grimsrud. This led to a string of major Hollywood films for Stormare, including "The Lost World: Jurassic Park," "Armageddon," "Mercury Rising," and the Coen brothers' next film, the stoner comedy "The Big Lebowski." Stormare closed out the 90s with roles in "Commander Hamilton," "Somewhere in the City," "Purgatory," and "8mm."

Stormare began the new millennium appearing in five films: "Bruiser," "Chocolat," "Dancer in the Dark," "The Million Dollar Hotel," and "Circus." He continued to be prolific over the subsequent years, with his notable credits including the black comedy crime film "Spun"; the science-fiction action film "Minority Report"; the war film "Windtalkers"; the buddy cop action comedy "Bad Boys II"; the psychological drama "Birth"; the fantasy adventure "The Brothers Grimm"; the superhero horror film "Constantine"; the sports comedy "Nacho Libre"; and the mystery thriller "Unknown." Stormare had another big year in 2007, appearing in "Premonition," "Anamorph," "Boot Camp," "Switch," and "Gone with the Woman." Among his final credits during the decade were "Witness Protection," "The Killing Room," and "The Imaginarium of Doctor Parnassus."

In the 2010s, Stormare was just as prolific on the big screen as ever. He began the decade with the independent horror thriller "Undocumented," the neo-noir crime film "Small Town Murder Songs," the romantic comedy crime film "Henry's Crime," and the drama "Janie Jones." Stormare was subsequently in a variety of films from around the world. He appeared in the Swedish horror film "Marianne"; the Chinese film "Inseparable"; the Swedish thriller "The Hunters 2"; the French science-fiction action film "Lockout"; the Hong Kong-Chinese martial arts film "Tai Chi Hero"; the Italian crime drama "Siberian Education"; the Austrian thriller "Autumn Blood"; and Terry Gilliam's international production "The Zero Theorem." Stormare was also in the American films "Get the Gringo," "Small Apartments," "The Last Stand," "Bad Milo!," and "Pain & Gain."

Stormare was in seven films alone in 2014; they included the comedy sequel "22 Jump Street," the action thriller "Rage," and the horror film "Clown." Among his subsequent credits were "Dark Summer," "Strange Magic," "Every Thing Will Be Fine," "Rupture," "John Wick: Chapter 2," "VIP," "Beyond the Sky," "The Poison Rose," and "Songbird." Beyond his live-action work, Stormare has also lent his voice to several animated films, such as "Penguins of Madagascar," "Strange Magic," and "The Nut Job 2: Nutty by Nature." 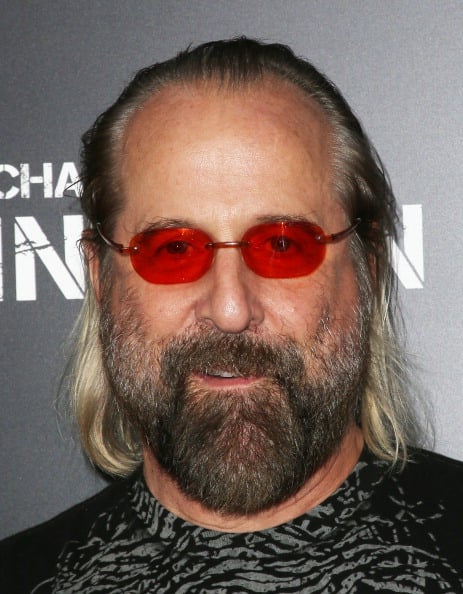 On television, Stormare first acted on Swedish television, appearing on such series as "Träpatronerna," "Seppan," and "Morsarvet." In 1995, he was in an episode of the British anthology series "Screen Two," and the year after that, made a guest appearance on the American detective series "Swift Justice." Stormare was next in the television film "In the Presence of a Clown" and in an episode of "Seinfeld." He had his first main role on a regular series from 2002 to 2003, when he played Ingvar on the sitcom "Watching Ellie." A bigger part came in 2005, when Stormare began playing imprisoned Chicago mafia leader John Abruzzi on "Prison Break"; he remained in this role for the show's first two seasons. He subsequently appeared in episodes of numerous shows, including "CSI: Crime Scene Investigation"; "Monk"; "Entourage"; "Weeds"; "Wilfred"; "Leverage"; "Body of Proof"; "Psych"; "Rake"; and "Arrow."

Among his other substantial television parts, Stormare has had recurring roles on "The Blacklist," "Manhattan," "Longmire," "Graceland," and "American Gods." In 2018, he had a main role on the short-lived sitcom "LA to Vegas." A few years later, Stormare had another main role on the Swedish supernatural thriller series "The Box." Meanwhile, on the web, he co-created and starred on the comedy streaming series "Swedish Dicks," playing a former stuntman who works in Los Angeles as a private investigator.

In addition to acting, Stormare has a career as a recording artist. Encouraged to make an album by U2's Bono, he released his debut, "Dallerpölsa och småfåglar," in 2002. Stormare also plays in the band Blonde from Fargo, and operates the record label StormVox.

In 1989, Stormare married actress Karen Sillas; they later divorced in 2006. Two years after that, he wed Japanese native Toshimi Stormare, with whom he has a daughter named Kaiya. The couple resides in Los Angeles, although Stormare splits his time between the US and Sweden.