Peter Sallis net worth: Peter Sallis was an English actor who had a net worth of $10 million. Peter Sallis was born in Twickenham, Middlesex, England in February 1921 and passed away in June 2017. He became known as the voice of Wallace in the Wallace and Gromit film series. Sallis had more than 150 acting credits to his name and starred as Clegg on the television series Last of the Summer Wine from 1973 to 2010. He starred as Samuel Pepys on the TV mini-series The Diary of Samuel Pepys in 1958. Sallis starred as Mr. Gudgin on the series The Ghosts of Motley Hall from 1976 to 1978. From 1978 to 1980 he starred as Arthur Simister on the television series Leave It to Charlie. Sallis starred as Rat on the TV series The Wind in the Willows from 1984 to 1988. He authored his autobiography Fading into the Limelight in 2006. Sallie was awarded the OBE in 2007. He was married to actress Elaine Usher from 1957 to 1965. Peter Sallis passed away on June 2, 2017 at 96 years old. 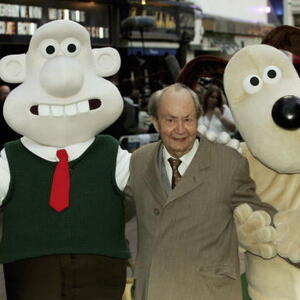