How much is Peter O'Toole Worth?

Peter O'Toole Net Worth: Peter O'Toole was an Irish stage and film actor who had a net worth of $50 million at the time of his death in 2013. Peter O'Toole was born August 2, 1932 in London, England. As one of Hollywood's most highly regarded actors, O'Toole's rise to stardom began in 1962 when he played T.E. Lawrence in Lawrence of Arabia. He went on to appear in such critically acclaimed films as Becket (1964) and The Lion in Winter (1968). Later successes include My Favorite Year (1982) and Venus (2006). He began a professional career in his teens working for the Yorkshire Evening Post, but soon decided journalism wasn't for him. He went on to complete his national service in the Royal Navy before beginning a stage career, especially known for his portrayal of William Shakespeare's Hamlet. He made his big screen debut in 1960 with small roles in films such as The Savage Innocents, Kidnapped and The Day They Robbed the Bank of England. Next came his most significant role up to that point, as T.E. Lawrence in Lawrence of Arabia. In addition to being known as a great actor, O'Toole, unfortunately, established a reputation for his heavy drinking around this time. His substance abuse caught up with him in 1975, landing him in the hospital, and he subsequently underwent surgery at the age of 43 for what doctors called an abdominal irregularity—O'Toole nearly died. Soon after this health scare he decided to end his drinking. O'Toole announced his retirement from acting in 2012. After battling a long illness, Peter James O'Toole died peacefully at the age of 81 in a London hospital on December 14, 2013. 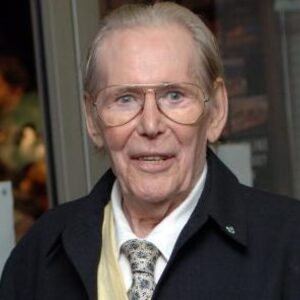