Peter MacNicol is an award-winning American actor who has a net worth of $5 million. Peter MacNicol gained his net worth from a lifelong acting career, appearing in popular sitcoms such as Ally McBeal, 24 and Chicago Hope. Dallas-born Mac MacNicol was spotted by a New York talent agent at Guthrie Theatre.

Soon after, he was casted in the off-Broadway production, Crimes of the Heart, where he won the Theatre World Award. His performance in the 1980 production led him to be casted in the 1981 film Dragonslayer and 1982 film Sophie's Choice. MacNicol went on to appear in blockbusters, including Ghostbusters II, HouseSitter and American Blue Note. On the small screen, MacNicol is a prominent regular appearing in Chicago Hope, NUMBERS, 24 (he was later casted in the film 24: Redemption), Grey's Anatomy and Ally McBeal. For portraying the eccentric John Cage in Alley McBeal, MacNicol received an Emmy Award for best actor. Also a voice actor, MacNicol provided his voice for supervillans in several comic books, including Dr Kirk/Man-Bat in Batman and Dr. Otto Octopus in The Spectacular Spider-Man. More recently, MacNicol has written a script called Salvation on Sand Mountain. He is also the executive producer and director of the project. 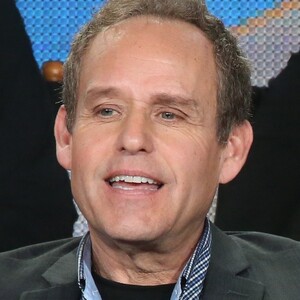