Peter Horton net worth: Peter Horton is an American actor and director who has a net worth of $3 million. Peter Horton was born in Bellevue, Washington in August 1953. He is best known for playing the role of Professor Gary Shepherd on the television series thirtysomething. During the run of that show Horton was named one of People magazine's 50 Most Beautiful People.

He first appeared in 1979 and had a recurring role as Wayne in the TV series Dallas. From 1982 to 1983 Horton starred as Crane McFadden in the series Seven Brides for Seven Brothers. He starred as Gary Shepherd in the TV series thirtysomething from 1987 to 1991. Horton starred as Ezekiel Stone in the series Brimstone from 1998 to 1999 and as Max Ryan in The Geena Davis Show from 2000 to 2001. Horton has also starred in the movies Serial, Fade to Black, Split Image, Children of the Corn, Where the River Runs Black, Amazon Women on the Moon, Side Out, Singles, The Baby-Sitters Club, 2 Days in the Valley, The End of Violence, T-Rex: Back to the Cretaceous, Thoughtcrimes, and The Dust Factory. He has directed episodes of the TV series thirtysomething, Once and Again, The Shield, and Grey's Anatomy. Horton won a PGA Award for Grey's Anatomy in 2007 and has been nominated for three Primetime Emmy Awards. Peter was married to actress Michelle Pfeiffer from 1981 to 1988. 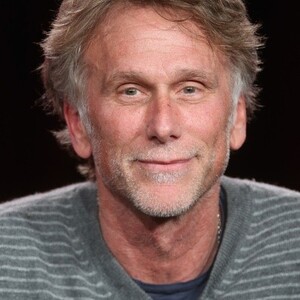