Peter Hermann net worth: Peter Hermann is an American actor, producer, and writer who has a net worth of $20 million. If you include his wife Mariska Hargitay's net worth, Hermann is much wealthier. She, the longtime star of Law & Order SVU, is one of the highest-paid actresses on TV with a per-episode salary of $500,000 and annual income of $13-15 million.

Peter Hermann was born in New York City, New York in August 1967. He has been married to actress Mariska Hargitay since 2004. Hermann starred as Dr. Michael Burke on the soap opera Guiding Light from 1997 to 1998. Since 2015 he has starred as Charles Brooks on the television series Younger. Hermann has had recurring roles on the TV series Beautiful People, Angela's Eyes, Cashmere Mafia, A Gifted Man, Law & Order: Special Victims Unit, and Blue Bloods. He has also starred in the movies Swimfan, The Treatment, United 93, Edge of Darkness, Just Wright, Trouble with the Curve, Philomena, and Chinese Puzzle. Hermann has also appeared in episodes of the TV series Law & Order, Spin City, Sex and the City, All My Children, Hope & Faith, 30 Rock, Fringe, The Good Wife, White Collar, Elementary, and more.

In 2010 they paid $7.34 million for a 7,000 square-foot home in East Hampton, New York that sits on over an acre of property. This is their current primary residence. 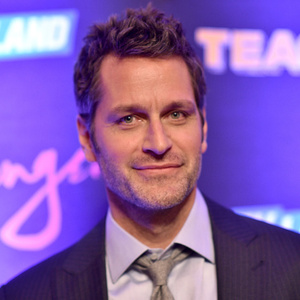