Peter Graves net worth: Peter Graves was an American actor who had a net worth of $10 million at the time of his death in 2010. He was best known for his starring role on the television series "Mission: Impossible" from 1967 to 1973 and then again from 1988 to 1990. Graves had more than 70 acting credits to his name.

Peter Graves was born Peter Duesler Aurness in Minneapolis, Minnesota in March 1926. His older brother James Arness was also an actor, who was best-known for starring on the TV series "Gunsmoke".

Peter served for two years in the United States Army Air Forces and attended the University of Minnesota. He started acting in the early 1950s with roles on Fury and in the film Stalag 17. In the early 1960s he starred in the series Whiplash. From 1967 to 1973 he starred as James Phelps on the CBS television series Mission: Impossible. He revived the role when the show came back from 1988 to 1990. Graves had a recurring role on the TV series Fantasy island from 1978 to 1983. He also made appearances on The Love Boat from 1978 to 1987. He served as a narrator for the television documentary series Biography from 1994 to 2001. One of his last roles came as John "The Colonel" Camden on 7th Heaven from 1997 to 2007. In 1971 he won a Golden Globe Award for Mission: Impossible. He won a Primetime Emmy Award and was nominated for an Emmy Award.

Peter was married to Joan Endress Graves from 1950 until his death. They had three daughters. Peter Graves passed away on March 14, 2010 at the age of 83 from a heart attack. 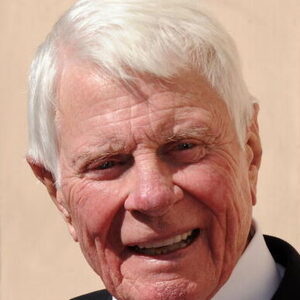